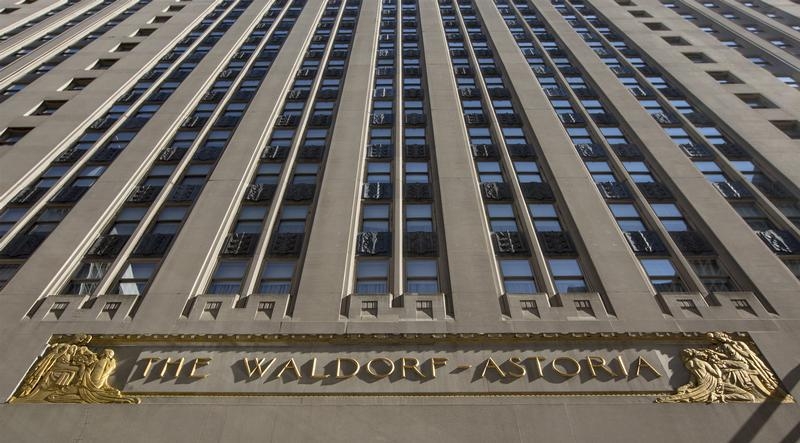 The $2 bln sale of New York’s Waldorf Astoria hotel to a little-known Chinese insurer echoes Japan’s U.S. property binge in the 1980s. But outbound investment from the People’s Republic is much lower than Japan at its peak. Expect China to add more landmarks to its portfolio.

Hilton Worldwide on Oct. 6 announced it had sold the Waldorf Astoria New York hotel to China’s Anbang Insurance for $1.95 billion. As part of the deal, Anbang will grant Hilton the right to operate the property for the next 100 years.

Chinese investors made non-financial direct overseas investments worth $90.17 billion in 2013, an increase of 16.8 percent on the previous year, according to statistics from China’s Ministry of Commerce.

Chinese investors spent $2.14 billion on entertainment and real estate in the United States in 2013, according to data compiled by Rhodium Group.

In 1989, Mitsubishi Estate Company of Tokyo bought a 51 percent stake in Rockefeller Group, owner of New York’s Rockefeller Center, for $846 million. The company filed for bankruptcy in 1995.