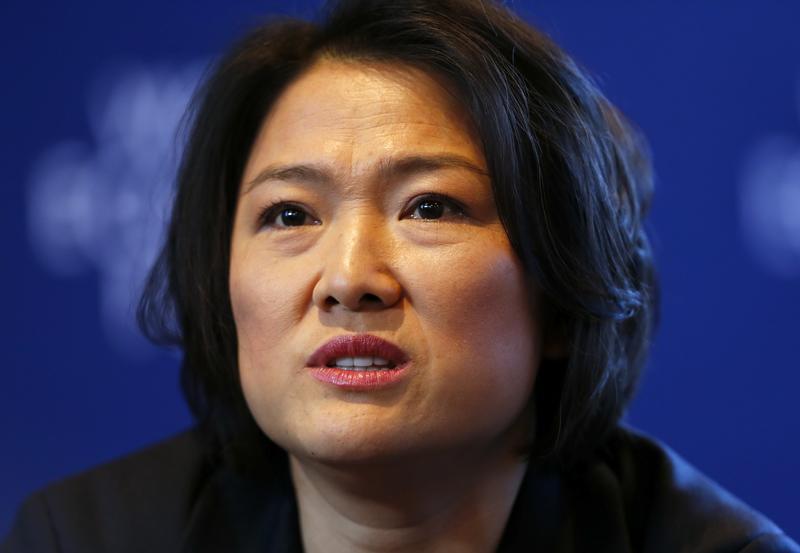 SOHO’s earnings fell 47 percent in the second half of 2013. A shift from sales to letting means cash flows are dwindling. When the most financially sophisticated players show cracks, it’s time to worry. At least SOHO’s lenders are supportive. Lesser rivals may be less fortunate.

Zhang Xin, Chief Executive Officer and Co-Founder of SOHO China, speaks during a session at the annual meeting of the World Economic Forum (WEF) in Davos January 22, 2014.

SOHO China, a developer of office and residential buildings, reported earnings of 7.4 billion yuan ($1.2 billion) for 2013, a 30 percent decline on the year before. Gains from revaluing properties held on SOHO’s books fell by 56 percent to 4.2 billion yuan. After stripping those out and adjusting for tax, earnings increased 33 percent to 4.4 billion yuan.

Earnings for the second half of the year fell 47 percent to 5.3 billion yuan, according to calculations based on full-year results.

SOHO, which builds designer skyscrapers in Shanghai and Beijing, announced a transition from selling properties to holding them as rentable investments in 2012. Its investment portfolio was valued at 48.7 billion yuan at the end of 2013. Rental income for 2013 was 279 million yuan.

The company sold two plots in Shanghai for 5.2 billion yuan, around half the asking price, in deals announced on Feb. 28. Including those projects, which covered around 244,000 square metres, SOHO holds a potential 2 million square metres of office space, according to a company presentation.

Zhang Xin, the chief executive and co-founder of SOHO, joined a consortium that took a 40 percent stake in the General Motors Building in June 2013 for around $1 billion, people familiar with the deal told Reuters. The company at the time declined to comment.