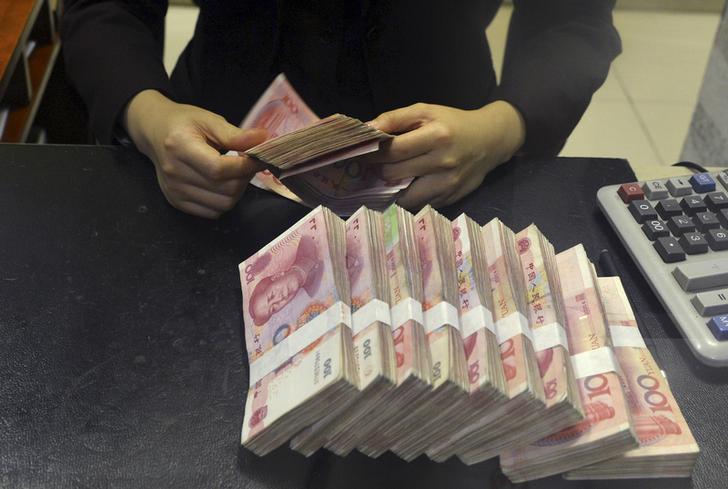 China is showing signs of nerves. For two turbulent days, the country’s authorities gave the impression they had given up trying to prop up the stock market. Now the People’s Bank of China has stepped in to cut interest rates. This otherwise sensible decision sends a dangerous signal.

There were good reasons to lower China’s official cost of money by a quarter percentage point to 4.6 percent. Growth is clearly slowing, and producer prices have been falling for three years, raising real interest rates.

Reducing the reserve ratio requirement – the proportion of deposits that lenders must keep with the central bank – also makes sense. Capital outflows force the PBOC to swap domestic yuan for foreign currency. Cutting the reserve ratio by half a percentage point to 18 percent replaces some of that lost liquidity. Indeed, the pain is partly self-inflicted: the PBOC’s surprise decision to devalue the yuan has prompted more capital to head for the exit.

The central bank even snuck in a long-awaited financial reform by removing the cap on long-term bank deposits. That takes China one step closer to liberalising interest rates – a longstanding goal for financial reformers.

Yet these nuances are somewhat lost, because the interest rate cut follows a two-day slide in China’s stock markets. It’s not the PBOC’s first intervention: it last cut interest rates in June following a stock market selloff. Days later it pumped liquidity into China Securities Finance, the state body charged with buying up equities.

Those rescue efforts have failed. On Aug. 25 the Shanghai Composite index closed below 3,000, more than 25 percent below its level when the self-styled “national team” started trying to pump up stock prices. The futile bailout leaves the impression that Chinese authorities are incapable of dealing with even straightforward problems. Cutting rates now just reinforces the notion that central bank policy is subordinate to the whims of the stock market.

The People’s Bank of China cut interest rates and simultaneously relaxed reserve requirements for the second time in two months on Aug. 25, cranking up support for a stuttering economy and plunging stock market.

At the same time, the PBOC said it was also lowering the reserve requirement ratio, which dictates how much banks must keep in store as a percentage of their deposit base, by 50 basis points to 18 percent for most big banks. The change will be effective on Sept. 6.

The mid-week move helped lift European shares, oil and the dollar in mid-session trade. The pan-European FTSE Eurofirst 300 index rose 4.2 percent, while the dollar index jumped to a gain of 0.70 percent against its currency basket. U.S. crude oil futures traded at $39.60 per barrel, up 3.6 percent on the day.