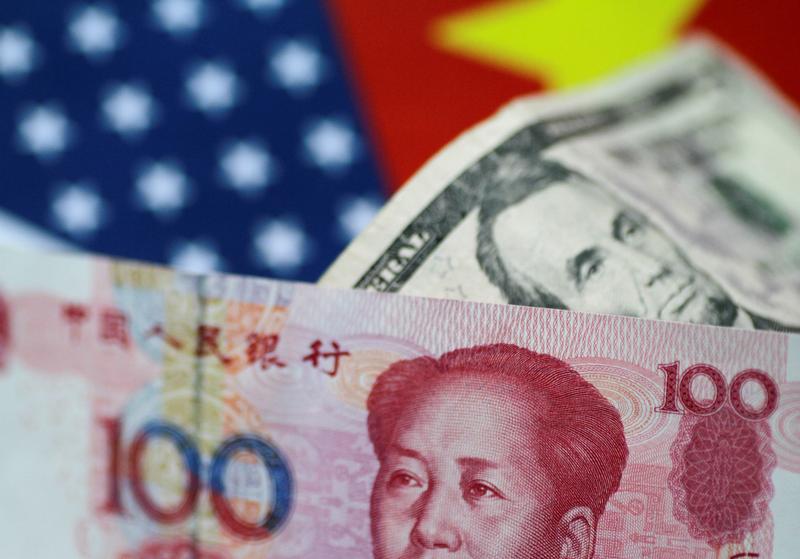 Some $220 bln of loans backed by stock collateral threaten to worsen a nearly $2 trillion selloff this year in the People’s Republic. Beijing is likely to step in to contain the immediate risk, but higher lending costs and moral hazard will hurt for longer.

U.S. Dollar and China Yuan notes are seen in this picture illustration June 2, 2017.

The Shenzhen municipal government plans to use “tens of billions of yuan” to support listed firms. It wants to reduce the risk of forced liquidation hanging over stocks that have been pledged as collateral for loans, Shanghai Securities News reported on Oct. 13.

The benchmark Shanghai Composite Index has fallen by roughly a fifth so far this year. On Oct. 12, the index touched its lowest level since November 2014, before the equity market boom and subsequent crash the following year.

Several Chinese securities companies have quietly suspended their pledged lending operations, the China-based Securities Times reported on Oct. 8, citing sources. The halts are in part due to a bearish market outlook.