The price of salt 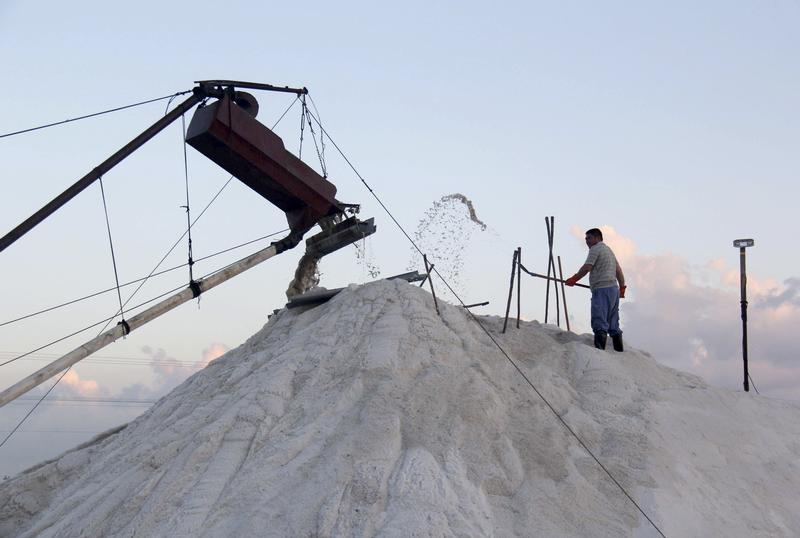 China is finally dissolving the world’s oldest monopoly. The government’s difficulty loosening its grip on the salt trade, which accounts for a tiny fraction of government revenue, suggests dim prospects for reform in more lucrative sectors such as tobacco or telecoms.

An employee works at a crude salt processing plant in Lianyungang, Jiangsu province, China, September 9, 2015. China has revised its annual economic growth rate in 2014 to 7.3 percent from the previously released figure of 7.4 percent, the National Bureau of Statistics said on Monday. REUTERS/Stringer CHINA OUT. NO COMMERCIAL OR EDITORIAL SALES IN CHINA - RTS81D

China will loosen its ancient salt monopoly on Jan. 1 when 79 salt producers and traders will be allowed to sell their wares in Beijing for the first time, Reuters reported Dec. 28, quoting rules published by Beijing's Municipal Commission of Commerce. The move is the first step in dissolving a government monopoly that has existed for millennia.

The capital is one of 13 cities and provinces stretching from Tianjin to Inner Mongolia that have received approval from central government to open up their edible salt markets to other regional producers and wholesalers who were previously restricted to operating in their local areas. The changes are designed to dismantle price controls and distribution channels in business dominated by the state-owned China National Salt Industry, and bring consolidation and private cash to the sector.

The U.S. and China dominate world salt production, accounting for 40 percent of the quarter billion tons of salt produced around the world each year, according to data from the Salt Institute.