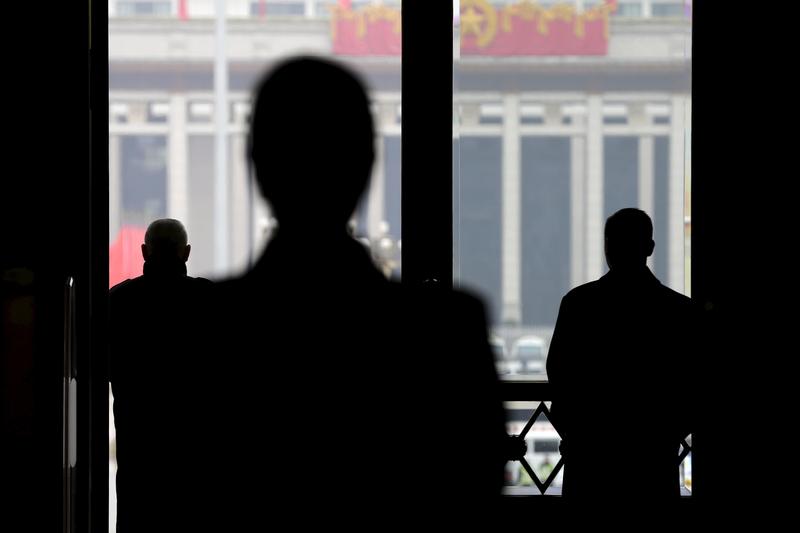 Beijing’s plan to blacklist executives for misbehaviour is widely misunderstood. But it’s worrisome as tensions spike. By holding CEOs accountable for their company’s misdeeds, the system blurs China’s already fuzzy line between corporate and personal interests.

Security agents guard the entrance of the Great Hall of the People where sessions of the National People's Congress (NPC) are taking place, in Beijing, China March 6, 2016.

An official Chinese news site said Michael Spavor, a Canadian businessman, has since Dec. 10 been under investigation on suspicion of harming the country’s national security. It follows news that a former Canadian diplomat now working for the International Crisis Group is being held on the same grounds.

Huawei’s Chief Financial Officer Meng Wanzhou was granted bail on Dec. 11, following her arrest in Vancouver on Dec. 1 at the request of U.S. authorities. Meng is currently facing possible extradition to the United States. China warned Ottawa of severe consequences if she is not released.

China’s social credit system is a collection of initiatives to enhance financial credit scoring, better enforce existing rules and regulations in some industries and improve societal trust. The central government outlined the initiative in 2014.

The Beijing municipal government will assign individuals and companies “personal trustworthiness points” by 2020, state media said on Nov. 20. The plan did not detail how the points system would work. It is one of several local-level “social credit” schemes either currently in place or under development.