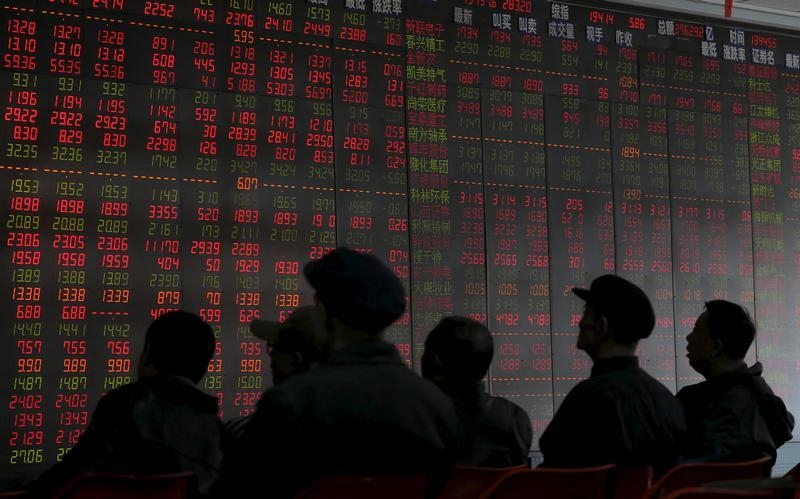 The four most dangerous words in finance are “this time it’s different”. China’s soaring, $10 trillion stock market has evoked memories of boom and bust in 2006-2008. Many of the same themes are present, while the differences aren’t sufficient to suggest a happier ending.

The current ascent is rapid, but not yet as dizzying as last time. When the CSI 300 Index of leading shares reached its most recent summit on June 8, it had risen almost 150 percent in a year. The benchmark quadrupled in the twelve months before hitting its all-time high in October 2007.

Nevertheless, the latest frenzy has many similar features. Retail investors are again at the vanguard of speculation: they hold almost two-thirds of the free float of listed stocks. Farmers, retirees and industrialists alike have joined the gold rush.

Hopes for corporate reform have also spurred buying. A decade ago, the government changed ownership structures and listed the biggest banks, raising expectations that companies would treat shareholders better. Today, investors are enthused by vague pledges that private investors will be allowed to own bigger chunks of state-controlled companies like Bank of Communications.

Faith in state support has also made a comeback. Last time, investors mistakenly believed the government would prop up the market ahead of the 2008 Beijing Olympics. Now shareholders interpret approving statements in state media as a signal to keep buying.

Valuations are once again getting stretched. The average Shanghai share trades on 18 times forecast earnings, according to Datastream – roughly half the peak multiple in 2007. But Shenzhen stocks are valued more highly today than in the previous boom. Exclude large, relatively unloved banks and oil companies and the Chinese market’s forward multiple doubles, according to CLSA.

The differences are troubling too. In 2007, Chinese GDP grew 14 percent. Growth this year will be barely half that rate. Leverage is another new feature: brokers have extended margin loans worth more than 2 trillion yuan ($322 billion).

In 2007 and 2008, Chinese stocks gave up almost all their gains in less than thirteen months. There are few good reasons to believe the outcome will be different this time.

Investors look at an electronic board showing stock information at a brokerage house in Shenyang, Liaoning province, March 30, 2015. REUTERS/Stringer

The Shanghai Shenzhen CSI 300 Index of leading Chinese stocks reached 5,354 on June 8, a seven-year high. At that point the index had risen by 146 percent in the preceding twelve months, and by 52 percent since the beginning of the year.

Chinese companies listed in Shanghai and Shenzhen have issued equity worth $44 billion so far this year, according to data compiled by Thomson Reuters. In 2007, equity issuance in mainland China reached $92.3 billion.