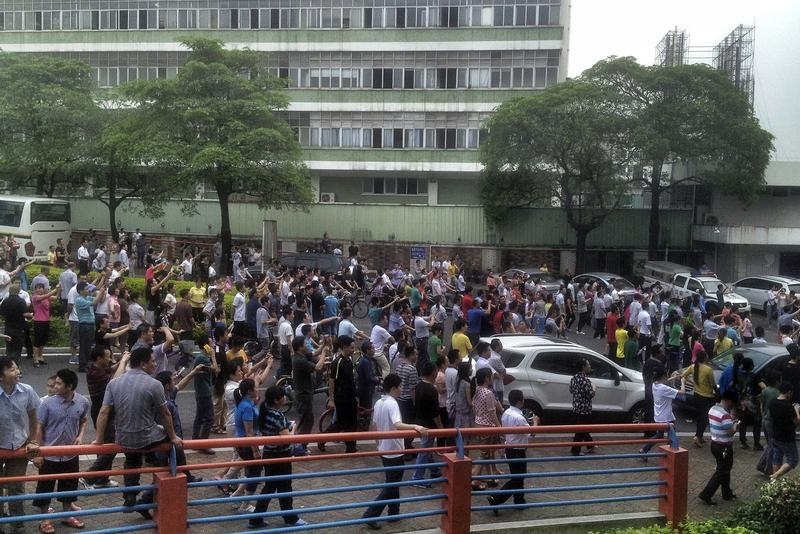 China’s workers are asking for more. Luckily, many employers can justify the expense.

Adidas and Nike are among Western brands who have fallen foul of angry demands for better pay and welfare in China. Hong Kong-listed Yue Yuen, which describes itself as the world’s largest maker of branded footwear, faced as many as 36,000 workers calling for better benefits in April. Strikes are more common too. China Labour Bulletin, a Hong Kong-based monitoring group, logged 700 incidents in the twelve months ending in May, up from around 500 a year earlier.

Wages in the country’s manufacturing sector were up by more than 16 percent in the first nine months of 2013, according to Datastream, far faster than nominal GDP growth of 10 percent. That suggests workers are often getting what they want. But activists shouldn’t take all the credit.

One reason strikes work is political. China’s government doesn’t want mass unrest, but it does want richer labour. Early drafts of new regulation on labour disputes in Guangdong encourage collective negotiations over wages and benefits, with strikes tolerated if a company ignores invitations to negotiate. Double-digit bumps in minimum wages set the pace. Local authorities urged Yue Yuen to face up to workers’ pension and healthcare demands; the official All China Federation of Trade Unions played a significant role in protests against store closures by U.S. supermarket group Wal-Mart.

Fortunately, there’s more to go around. China’s industrial companies grew profits by 10 percent in the first quarter of 2014, according to the National Bureau of Statistics. For foreign-invested companies growth was even faster, at 12.5 percent. Revenue might have slowed, and export growth is almost flat, but some costs of doing business could fall as rail and road networks expand. Financial reforms, including the Qianhai and Shanghai experiments with capital account convertibility, are designed to help shift profits across the border.

If manufacturers cared only about worker costs, they could go elsewhere. Yet a survey of Pearl River Delta manufacturers by Standard Chartered suggested only around 10 percent consider leaving China the best response to rising wages. Well-established supply chains, relative political stability and growing port and air capacity make investing in local labour worthwhile. For now, strikes look more like evolution than revolution.

Thousands of workers at the Yue Yuen shoe factory in Dongguan, China, went on strike in April, Reuters reported on April 26. Labour activists say the strike has been one of China’s biggest since market reforms started in the late 1970s, according to Reuters.

Local authorities in Guangdong province are drafting regulations on labour relations. A translated early version reviewed by Reuters Breakingviews outlines mechanisms for collective negotiations. It allows workers to strike in certain circumstances: if employers fail to adhere to aspects of the regulations, they may not terminate the contracts of workers who then stage strikes, according to the draft.

The minimum wage rose by an average of 18 percent in 26 Chinese provinces in 2013, according to Reuters. Wages in the country’s manufacturing sector rose by more than 16 percent year on year in the first nine months of 2013, according to Datastream.

The Hong Kong-based non-governmental organisation China Labour Bulletin (CLB) recorded more than 700 strikes in China in the twelve months ending in May, up from around 500 in the previous year. More than 60 percent of the strikes recorded in the past year related to disputes over pay, compensation or benefits, according to CLB’s records.

A 2014 survey of Pearl River Delta factory owners by Standard Chartered showed that nearly 60 percent of employers would invest in more equipment to counter rising wages. Around a third would choose to move operations to less costly locations within China. Just over 10 percent would consider moving operations overseas.