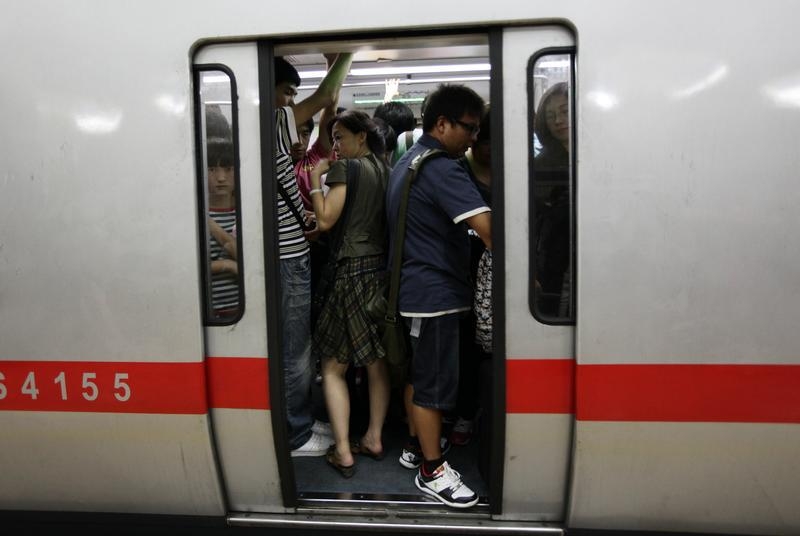 Take a trip on Beijing’s subway during rush hour and it’s clear that building more lines is a good idea. Asking international capital markets to pay for them, though, is not. Beijing’s issue of a $190 million bond to finance urban transit has been a hit with investors. But in general, public funding for public transport still looks the best route.

Subways are an example of good-bad investment. The good is that urban mass transit helps China accommodate the extra 14 million or so city dwellers it is adding every year, improve their productivity, and reduce the fossil fuels required to transport an increasingly mobile population. Then there are non-financial benefits like cleaner air, and practice at building high-tech projects.

Financially though, subways usually run off the rails. Even London’s mature network will make a loss this year after factoring in capital expenditure. Hong Kong only makes a profit because of its unique system of using property endowments to subsidise the rails that run under them. China’s property auction system makes that hard to replicate on the mainland. Balancing the cash flows is even harder because of the People’s Republic’s fixation on keeping ticket prices down. Beijing’s subway costs 2 yuan ($0.33), regardless of whether the passenger travels 500 metres or 50 kilometres. Ticket fees would have to double just to cover operating costs, according to Standard & Poor’s.

Investors are on board nonetheless. Beijing Infrastructure’s bond priced at a meager 3.75 yield, the second-lowest rate for any Chinese corporate that has issued yuan-denominated bonds offshore. The issue benefits from its association with China’s capital. Even that doesn’t make it foolproof, however: investors don’t get a guarantee from the state, but a kind of loose promise from an offshore vehicle to make good on interest payments.

If Beijing starts a trend, investors should be cautious: what works for China’s principal city may not for Wenzhou, Kunming or Hangzhou. The real point is that the positive spillovers from boosting China’s population of strap-hangers mean private funding makes little sense anyway. It is often said that China should focus less on investment, and more on financial returns. Below ground, the opposite is true.

Passengers stand near the door of a crowded train cabin at a subway station in Beijing August 26, 2011.

Beijing Infrastructure, which operates the subway in China’s capital, is set to issue a yuan-denominated offshore bond on June 27, raising 1.2 billion yuan ($190 million). The three-year bond would pay a coupon of 3.75 percent, higher than the 3.63 percent at which it offered a U.S. dollar bond in March.

China is expected to have 7,000 kilometres of subway lines by 2020, according to the China Association of Metros, almost three times the figure at the end of 2013. Beijing has 200 metres of track per 10,000 people, according to Standard and Poor’s, compared with 300 metres in New York and 500 metres in Singapore.

Guangdong province issued the first municipal bond on China’s domestic market on June 23, raising 14.8 billion yuan over maturities from five to ten years, at yields of around 4 percent.

China’s audit office said on June 24 that debts for nine provincial governments and nine cities it inspected grew by 3.8 percent from June 2013 to the end of March 2014. The provinces had arrears of 821 million yuan, even though they had borrowed 57.9 billion over the nine months to repay debt.