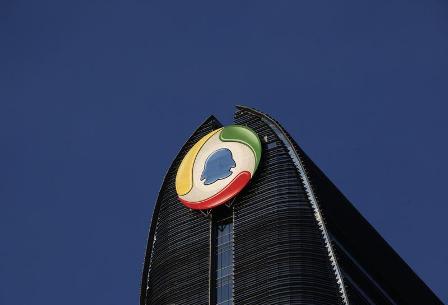 Four U.S. TV shows have been inexplicably banned from the web. For online video sites such as Youku-Tudou, which turned profitable for the first time last quarter, this could spell financial trouble. Investors can tolerate censorship – but unpredictability is a definite turn-off.

The logo of QQ.com is seen at Tencent headquarters at Nanshan Hi-Tech Park Industrial Park in the southern Chinese city of Shenzhen June 9, 2011. REUTERS/Bobby Yip

Four popular U.S. TV shows, including “The Big Bang Theory” and “The Good Wife,” were banned from online video websites by China’s State Administration of Press, Publication, Radio, Film and Television (SAPPRFT) on April 26, according to state media reports.

Online video streaming sites were issued circulars from SAPPRFT last month requiring them to pre-screen U.S. and UK TV series before making them available for streaming, according to the same state media report.

SAPPRFT has yet to issue an official statement.