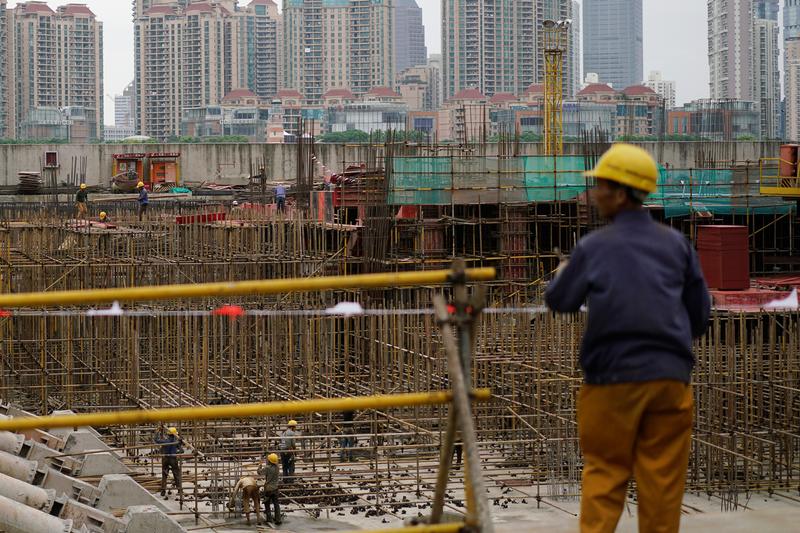 Even as GDP grew 6.8 pct, industrial activity looks cooler, auguring a softer government line on bad debt. Higher official interest rates are being offset by short-term injections that keep the real cost of cash down. That could weaken the yuan and stir up more trade trouble.

Labourers work at a construction site on the Bund in front of the financial district of Pudong in Shanghai, China October 19, 2016. REUTERS/Aly Song - S1BEUHWFPVAA

Banks in China extended 1.12 trillion yuan ($178 billion) in net new yuan loans in March, rebounding from the previous month, but slightly below expectations, the government reported on April 13.

The People's Bank of China has not changed its benchmark one-year lending and deposit rates since October 2015, but it has been hiking guidance for short- and medium-term interest rates.