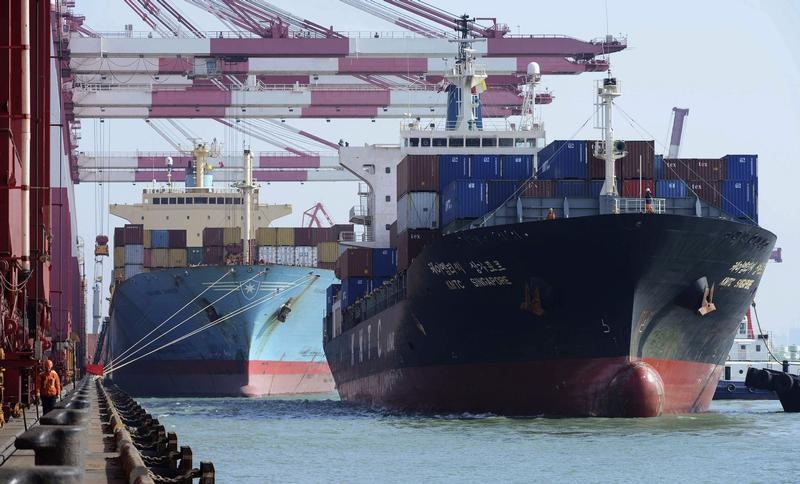 Faith in metal-backed lending in China is corroding – and so is confidence in the country’s giant credit system. Authorities and banks including Standard Chartered and CITIC are investigating whether traders at Qingdao port used the same lot of copper and aluminium to back multiple loans. Vanishing collateral isn’t a new problem, but could prove to be China’s weakest link.

Lending backed by warehouse receipts is common and helpful, and not just in China. Often a bank will buy metal in the form of a document showing ownership, with a pledge to sell it back after six months. In hard-asset fixated China, this has morphed from a way of facilitating trade to a method of obtaining speculative finance. Fraud can result when records are out of date or papers fake, as seems to have happened in Qingdao.

The direct damage looks manageable. Copper tied up in questionable trades in Qingdao may amount to 20,000 tonnes – that’s about $140 million at spot market prices. Traders are moving their shipments to other ports seen as better regulated. Some banks may have to write off debts, or mark them up as riskier. But assuming these lenders still want China to treat them favourably, they are unlikely to protest too much about poor controls, or sharply pull back credit.

Imaginary collateral, though, is a deeper problem. Steel traders in 2012 also backed multiple loans with the same piles of metal. In a different riff on the same theme, timber company Sino-Forest in 2011 came under attack from short-sellers for fabricating the trees that made up its main asset. Foreign banks can find themselves exposed because cargo owners use collateral to obtain cheaper overseas loans, and invest at higher returns in China. Qingdao suggests the banks have failed to learn their lesson.

China can just about manage without foreign lenders, but it can’t do without collateral and confidence. These underpin the explosion in non-bank lending, including trusts and investment products sold to individuals, which has now reached around two-thirds of GDP, according to estimates from Barclays. While copper and aluminium are transparently priced and easily tradable, the same isn’t true of coal mines, houses or shopping centres. If supposedly sophisticated banks can get caught out, the rest should be nervous.

Some banks have begun to wind up or stop lending against metals in China, according to sources cited by Reuters on June 11, as a probe into fraudulent financing backed by stocks of metals deepened at the Qingdao port.

The case centres on a third-party firm suspected of duplicating receipts for metals in order to secure multiple loans on the same underlying collateral. A company called Decheng Mining was under investigation, two police sources told Reuters.

Qingdao Port, the facility’s main operator whose shares began trading in Hong Kong on June 6, said authorities had notified it of an alleged fraud related to copper and aluminium in its warehouses, but said it was not itself under investigation.

Many such deals are structured as repurchase agreements, where the lender will effectively buy the warehouse receipt showing ownership of the metal, with an agreement to sell it back, typically after six months.