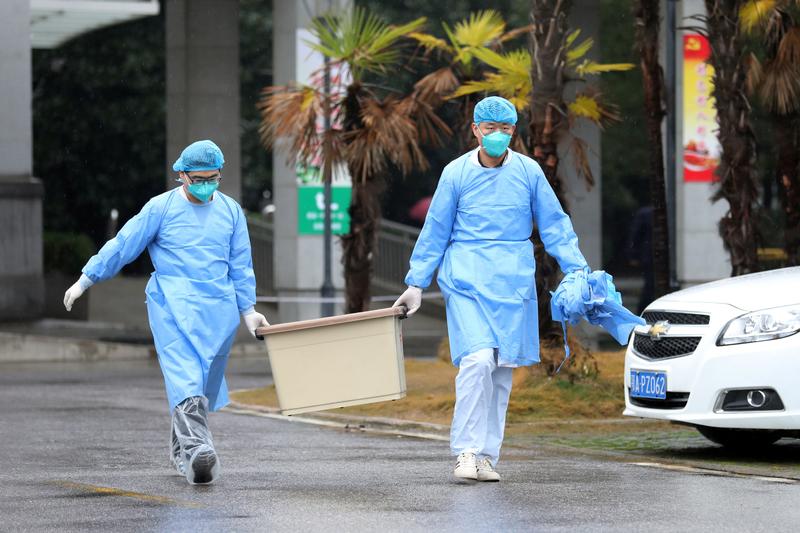 Medical staff carry a box as they walk at the Jinyintan hospital, where the patients with pneumonia caused by the new strain of coronavirus are being treated, in Wuhan, Hubei province, China January 10, 2020. Picture taken January 10, 2020.

Officials said on Jan. 21 that four people in the central Chinese city of Wuhan have now died from an outbreak of pneumonia linked to a new strain of coronavirus that authorities suspect originated in a seafood market. The total number of known cases stands at over 200 as officials have confirmed human-to-human transmission. Cases have been reported in Beijing, Shanghai and Guangdong province, and also in Thailand, Japan and South Korea.

The virus belongs to the same family of coronaviruses as Severe Acute Respiratory Syndrome (SARS), which killed nearly 800 people globally during a 2002/03 outbreak that also started in China.

The World Health Organisation convened an emergency committee for Jan. 22 to assess whether the outbreak constitutes an international health emergency and what measures should be taken to manage it.

China's consumer prices in December rose 4.5% from a year earlier, according to official data released on Jan. 9, unchanged from November's pace, but lower than analysts' forecast of 4.7%. The gains were fuelled by a continued surge in pork prices as African swine fever ravaged the country's hog herds.