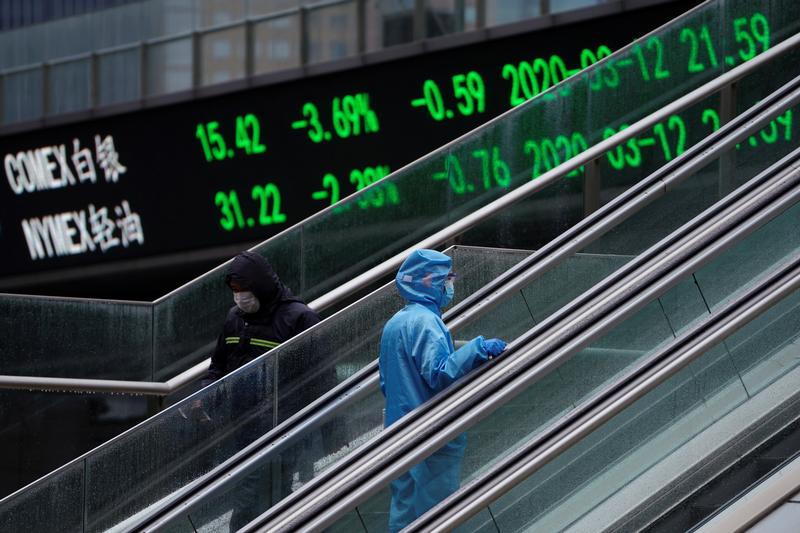 Retail sales and investment plunged in January and February, the first contractions on record. Export markets will seize up next. It’s a preview of pain ahead for others. But by stubbornly sticking to its 6% growth target, Beijing is storing up more market distortions.

A pedestrian in protective suit rides an escalator near an overpass with an electronic board showing stock information, following an outbreak of the novel coronavirus in the country, at Lujiazui financial district in Shanghai, China March 13, 2020.

China’s statistics bureau on March 16 reported fixed asset investment fell 24.5% in the combined January and February period, where economists polled by Reuters had expected a rise of 2.8%. Property sales by floor area contracted 39.9%. Retail sales fell by over a fifth.

On the same day the central bank left the guidance rate on its medium-term lending facility unchanged at 3.15% and injected 100 billion yuan ($14.3 billion) into financial institutions via the facility in morning operations.

On March 13 China’s central bank reduced the amount of cash that banks must hold as reserves for the second time this year, releasing 550 billion yuan to help its coronavirus-hit economy.