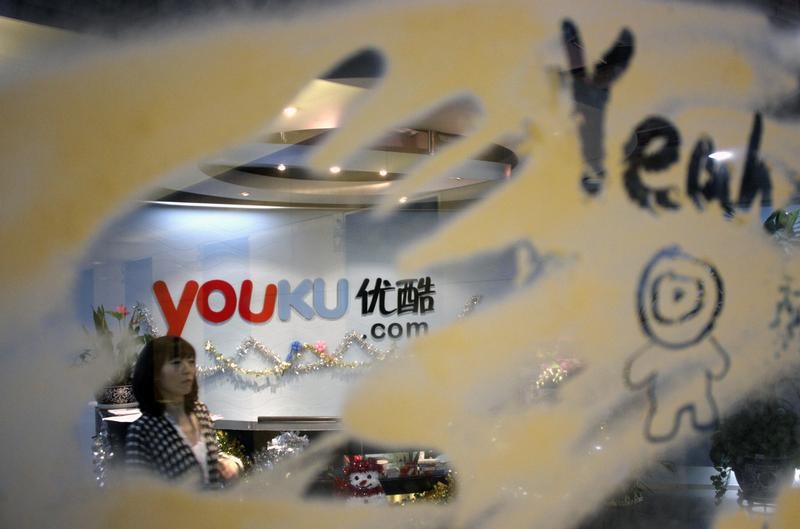 Youku Tudou’s struggle to turn a profit is making increasingly uneasy viewing. The Chinese video streaming company’s losses widened to $51 million in the fourth quarter, from $4 million in the same period the previous year. As Youku Tudou doubles down on new ventures from movie production to gaming to offset its internet video business, profitability looks even more out of reach.

China’s equivalent of YouTube may have over 500 million viewers streaming its videos each month, but the company has been struggling to convert users into profits. Advertising, which accounts for the bulk of total revenue, brought Youku Tudou $177 million in the recent quarter, up 37 percent year on year. Yet the transition from desktops to mobile has hurt: operating costs were up 64 percent year on year to $88 million, primarily driven by marketing expenses for its mobile apps.

The company is also investing heavily in producing its own movies and shows to try to lessen its reliance on ad dollars. Content costs for the quarter ending December swelled to $97 million, almost half of revenue compared with 39 percent in the same period in 2013. The idea is that sales of subscriptions and pay-per-view services for original content will offset production costs – a strategy tested by Netflix with its hit series House of Cards. That’s a risky bet when bigger, better-funded rivals like gaming giant Tencent and search engine operator Baidu are also producing films.

Shares of the New York-listed Youku Tudou have almost halved in value in the past year, even as the company sold off minority stakes to deep-pocked investors from e-commerce giant Alibaba to smartphone maker Xiaomi. Other new ventures planned for this year – including gaming and live broadcasting – will further erode the company’s beleaguered finances. The 25 percent quarter on quarter drop in cash in December shows that the company’s firepower is not limitless.

The question for investors is whether to stick around to see how Youku Tudou’s turnaround saga ends. A sale to Alibaba may not be a bad conclusion for China’s only standalone internet video business. But the chances of a successful second season are looking increasingly slight.

An employee is seen through a glass wall as she walks past the logo of Youku.com above the reception desk at the company's headquarters in Beijing, December 9, 2010. Online video company Youku.com Inc's stock rose to $33.44, or 161 percent, above its IPO price in its first day of trading. The shares of online retailer E-Commerce China Dangdang Inc rose to $29.91, or 87 percent, above their IPO price -- the latest sign that investors are hungry for growth and eager to gain a foothold in China. REUTERS/Soo Hoo Zheyang

Chinese video streaming site Youku Tudou reported revenue of $203.8 million for the fourth quarter of 2014, a 40 percent year on year increase. The company’s net loss widened to $51.3 million, compared to $4 million in the same period the previous year.

The company’s cost of revenue – primarily bandwidth and content costs – increased 58 percent year on year to $165.1 million. Operating expenses totaled $88 million for the quarter, up 64.4 percent from the same period in 2013.