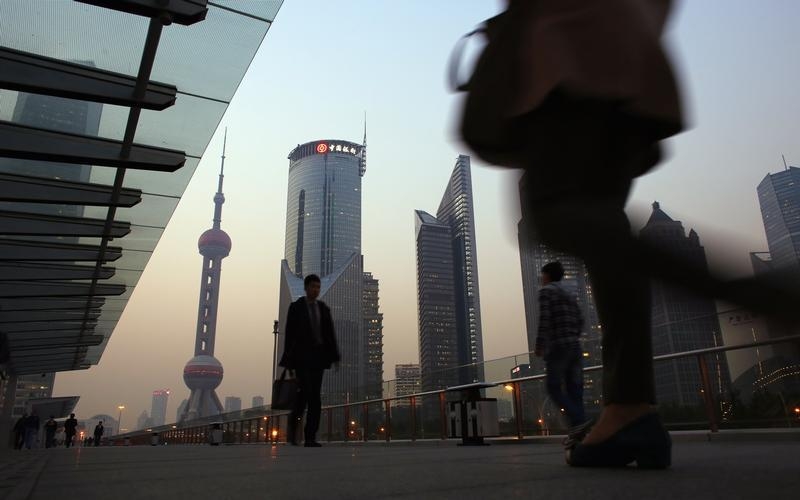 Chinese banks are engaging in some clumsy sleight of hand. Big lenders like ICBC and Bank of China are piling up bad loans while still reporting seemingly healthy earnings. The stealth clean-up will only make investors even more sceptical.

Critics have long accused China’s big state-owned banks of hiding bad loans. The latest batch of quarterly results suggests they are beginning to own up to the problem. ICBC’s stock of dodgy debt grew by 14 percent to 25 billion yuan ($3.9 billion) in the first three months of the year. Agricultural Bank of China shovelled another 8.8 billion yuan onto its pile in the same period.

Yet earnings are holding up. Four of the five biggest banks reported first-quarter operating profit that was largely unchanged from a year ago. That’s because provisions for bad loans aren’t keeping up with the growth in questionable credits.

The result is that reserves designed to cover bad debts are shrinking. ICBC’s stock of provisions dropped from 156 percent of bad loans to 141 percent between December and March. Regulators had previously insisted on a minimum ratio of 150 percent. If the rule was being strictly enforced, ICBC would have been forced to set aside an extra 18 billion yuan – equivalent to almost a fifth of its first-quarter operating profit.

The benign explanation is that regulators are being pragmatic. The 150 percent ratio was conservative – even the worst loan cannot lose more than 100 percent of its original value, and banks usually get something back. Western lenders operate with much lower ratios.

Yet the problem is still far larger than banks admit. Officially, just 1.7 percent of loans are in default. The International Monetary Fund recently estimated that for corporate debt the true figure is nine times higher. The suspicion is that Chinese banks are owning up to just as much bad news as they can afford while keeping reported earnings stable. It’s not clear who they are trying to fool. Shares of the big five trade at between 70 and 80 percent of book value, suggesting investors wised up long ago. The latest trickery will only make them more cynical.

ICBC’s loan-loss allowance ratio fell to 141 percent, from 156 percent at the end of December, and below the 150 percent minimum required by Chinese regulators.

ICBC’s loan-loss allowance ratio fell to 141 percent, from 156 percent at the end of December, and below the 150 percent minimum required by Chinese regulators.