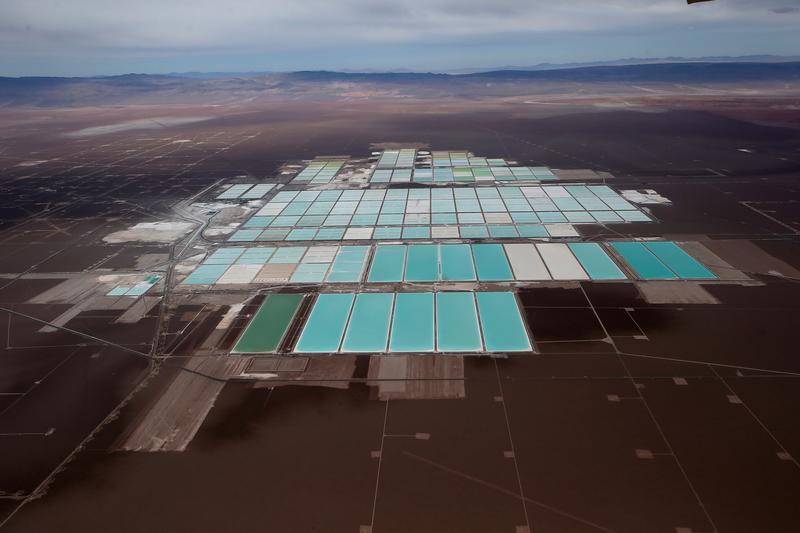 To clinch a $4.1 bln stake in lithium giant SQM, China’s Tianqi has agreed with antitrust officials to limit access to sensitive information. A hostile shareholder may yet thwart the deal but as Beijing’s clout in the industry grows, such acquisitions will only get tougher.

An aerial view shows the brine pools of SQM lithium mine on the Atacama salt flat in the Atacama desert of northern Chile, January 10, 2013.

A Chilean court on Oct. 11 suspended the $4.1 billion sale of a stake in local lithium producer SQM to China’s Tianqi Lithium. The court will consider a lawsuit filed by the Chilean company’s controlling shareholder, who opposes the deal.

The suit argues the country’s antitrust court failed to follow due process when it approved the sale of roughly a quarter of $11 billion SQM, one of the world’s largest producers of the battery ingredient, and a settlement between the buyer and local regulators.

Chile’s antitrust court had on Oct. 4 approved Tianqi’s acquisition after an agreement to limit the exchange of commercially sensitive information between the two companies.

The antitrust regulator had launched an investigation in June, shortly after the deal was announced.