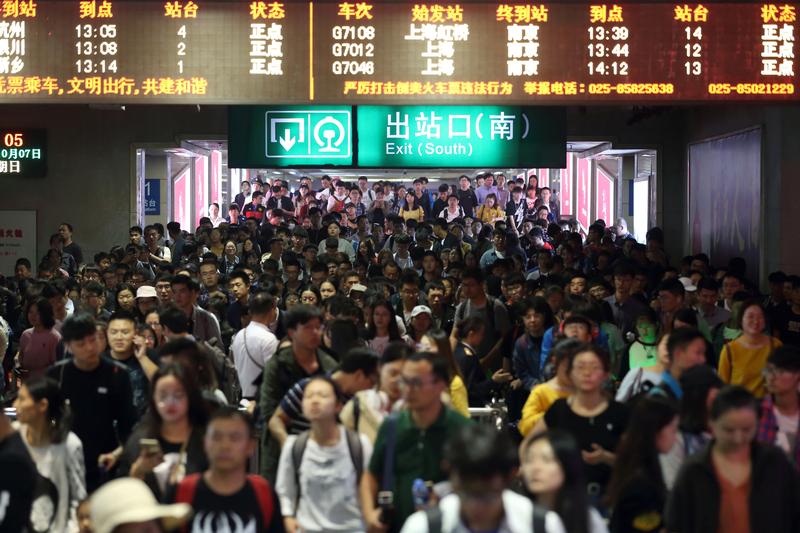 Domestic tourism revenue grew 8.5% year-on-year to 650 billion yuan ($91.4 billion)during China’s week-long national holiday, which ran from National Day on Oct. 1 to Oct. 7. This compares with 9% growth last year, and marked the slowest growth in at least 17 years, according to data released by the Ministry of Culture and Tourism.

The number of domestic trips rose 7.8% to 782 million during Golden Week, compared to 9.4% last year.

Overall revenue from retail and dining during the period rose 8.5% from a year earlier to 1.52 trillion yuan, according to the Ministry of Commerce.

The number of outbound travellers declined by 15% from the previous year for the first six days of the holiday, according to the National Immigration Administration.