Clash in the attic 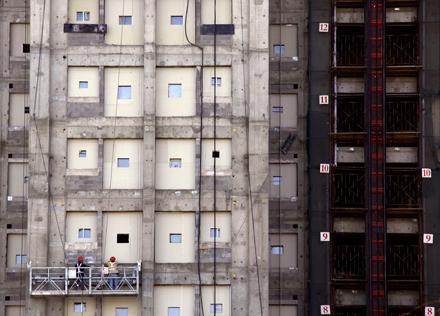 Investors are still mystified by how housebuilder Kaisa’s borrowings more than doubled in six months, bringing it close to collapse. The answer may lie in two kinds of accounting sleight of hand, seemingly blessed by auditors. Kaisa isn’t the only property company being creative.

Chinese real estate developer Kaisa warned on March 16 that it would record a full-year loss for 2014, as the company prepared to negotiate a debt restructuring with offshore creditors.

Shenzhen-based Kaisa reported 1.3 billion yuan ($210 million) of earnings for the first half of 2014. Since then its finances have collapsed after a local government blocked sales of some of its properties, and a slew of board members including chairman and largest shareholder Kwok Ying Shing departed.

Kaisa said on March 8 that its interest-bearing debts had increased from 30 billion yuan to 65 billion yuan between June and December 2014. Its cash position had weakened from 10.9 billion yuan in June to 1.9 billion yuan by the beginning of March. Around 7 percent of employees have resigned.

The company warned that its 41 billion yuan of offshore borrowings, including guarantees issued by the Hong Kong-listed parent company, would fetch just 2.4 percent of their face value in liquidation. Instead it has offered to extend the maturity of outstanding bonds, reduce the interest rate, and pay interest in the form of more bonds for the first two years following the restructuring.

Sunac, a rival developer, has offered to buy the 49 percent shareholding held by Kaisa’s former chairman and his family, and make an offer for the rest. That deal is conditional upon the restructuring taking place and Kaisa’s assets being unfrozen.