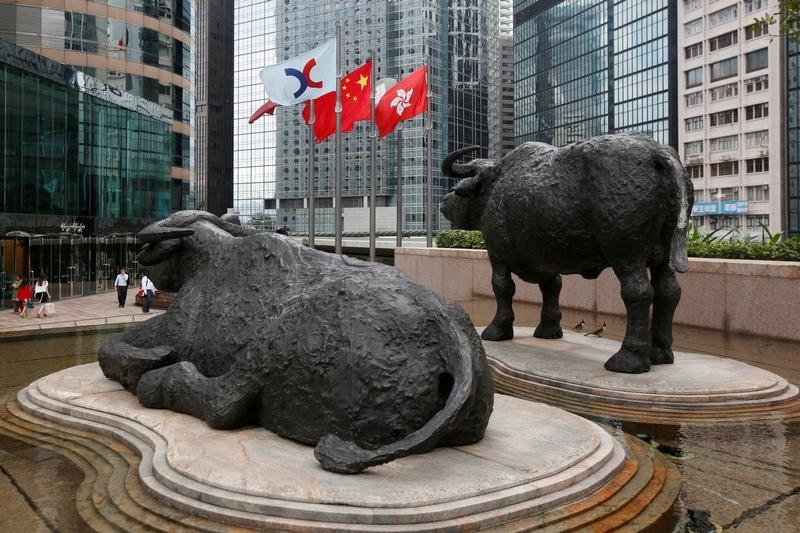 Three of the world’s most valuable fintech startups are considering listing in the former British colony, according to media reports. They are Ant Financial, Alibaba boss Jack Ma’s $60 billion payments-to-web banking empire; Lufax, China’s largest peer-to-peer lender; and Zhongan Online P&C Insurance, backed by Ant and gaming giant Tencent. Together, the trio has a combined worth of $87 billion, based on their most recent fundraising rounds. Their venture capital backers will presumably hope for higher valuations from public markets investors. The listings would probably happen next year. They would be a huge victory for Hong Kong, which prides itself as China’s gateway to global capital markets. In the past, thanks to companies like Amazon, Google and Twitter, tech-related groups from the mainland chose to list in the United States, partly because investors and analysts there have a better understanding of the sector. Lax U.S. rules on voting rights also helped. China’s top online shopping platform, search engine operator and microblog are all listed in New York.

This is no longer the case for Ant, Lufax and a new wave of tech upstarts with few or no global competitors. Ant, for instance, houses China’s largest mobile-payments network, Alipay, as well as an online bank and fund-management arm. Hong Kong investors would have a clearer understanding of these businesses than those Stateside. Last month, Chinese selfie-app maker Meitu filed for a Hong Kong flotation. Few in the United States would get the appeal of the product or have heard of the company.

The bigger prize for Hong Kong would be a shift away from old-school finance and property, which together make up over half of the benchmark index, towards faster-growing, more innovative companies. New issues are currently dominated by state-owned mainland banks and corporations, whose listings often rely on the support of other state businesses. Snagging two or three fintech stars may spur others to follow.

Chinese peer-to-peer lending platform Shanghai Lujiazui International Financial Asset Exchange (Lufax) is preparing for an initial public offering in Hong Kong before the end of 2017, the Wall Street Journal reported on Aug. 24, citing remarks made to reporters by the company's chief financial officer. In January Lufax, which is backed by Ping An Insurance Group, raised $1.2 billion in funding at a valuation of $18.5 billion.

Separately, the CFO of Zhongan Online P&C Insurance told Bloomberg the insurer was targeting a Hong Kong IPO in the next 12 to 18 months, the news wire reported on Aug. 29. Zhongan is backed by Ant Financial, Alibaba boss Jack Ma's $60 billion payments-to-banking group, and gaming giant Tencent. The company is valued at $8 billion, Bloomberg said.

Ant Financial is also considering a Hong Kong IPO in the first half of 2017, Bloomberg reported on Aug. 25, citing people familiar with the matter.

Lufax declined to comment. Ant had no immediate comment but has previously told Bloomberg it had no timeline or preferred venue for an IPO. Breakingviews could not immediately reach Zhongan for comment.