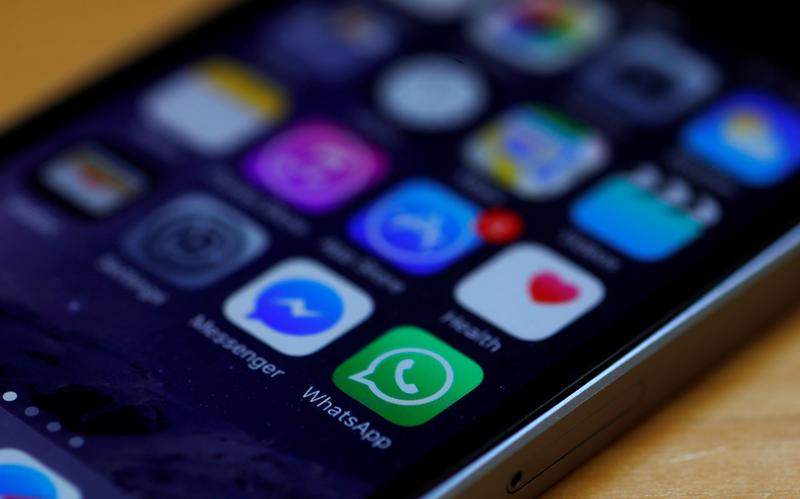 Twitter, Google and Facebook suspended cooperation with local courts as new rules allow police to seize assets and force sites to delete seditious content. Others such as Netflix stand to be affected, and blockages seem likely. That can only accelerate the exodus of talent.

WhatsApp and Facebook messenger icons are seen on an iPhone in Manchester , Britain March 27, 2017.

Facebook, Google and Twitter said on July 6 that they had suspended processing government requests for user data in Hong Kong.