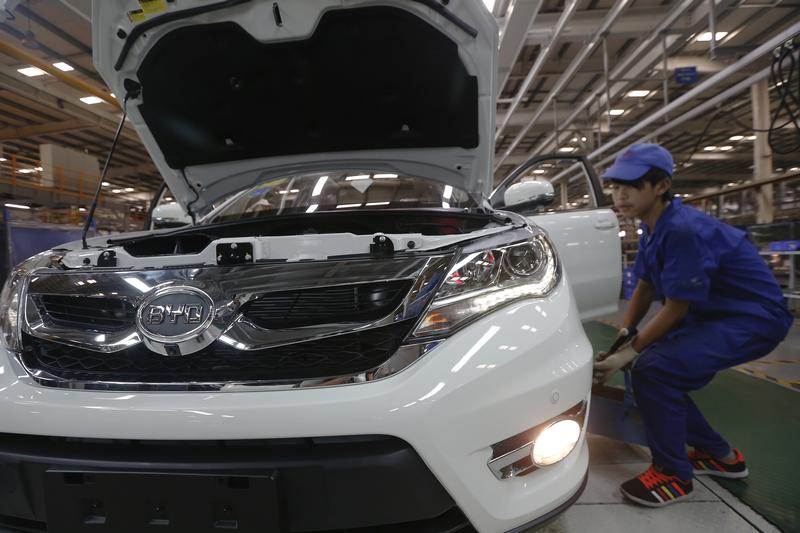 Beijing’s policy push toward electric vehicles is driving investor interest in lithium and lithium miners. The price of lithium carbonate has almost trebled since 2015, and acquisitions are underway. Demand for the suddenly strategic commodity could trigger a tussle over supply.

A car is being manufactured at a BYD assembly line in Shenzhen, China May 25, 2016. REUTERS/Bobby Yip - RTX2EKQI

The spot price of lithium carbonate on the London Metal Exchange have almost trebled in over the past two years, whilst cobalt prices have nearly doubled, according to Datastream. Lithium carbonate – a chemical compound created using lithium – is used to make batteries for electric vehicles (EVs).

Chinese automakers are on track to produce 49 of the 103 new electric car models that will be launched globally by 2020, according to a new forecast released by U.S. consulting firm AlixPartners on July 12. EV production reached 175,000 units in the first half of the year, up 30 percent from a year earlier, while sales were up 26 percent from a year earlier according to data released on July 12 by the China Association of Automobile Manufacturers.

Tianqi Lithium Industries’ shares closed at 62.9 yuan on July 14. The stock is up 94 percent since the beginning of the year, and is up 313 percent since July 2015. FMC and Albemarle – two other major lithium producers – saw their stocks rise by 48 percent and 115 percent respectively over the past two years.

Chinese private equity firm GSR Capital is looking to buy a substantial holding in Chile's Sociedad Quimica Y Minera (SQM), another of the world's biggest lithium producers, according to the Reuters report published on July 5.