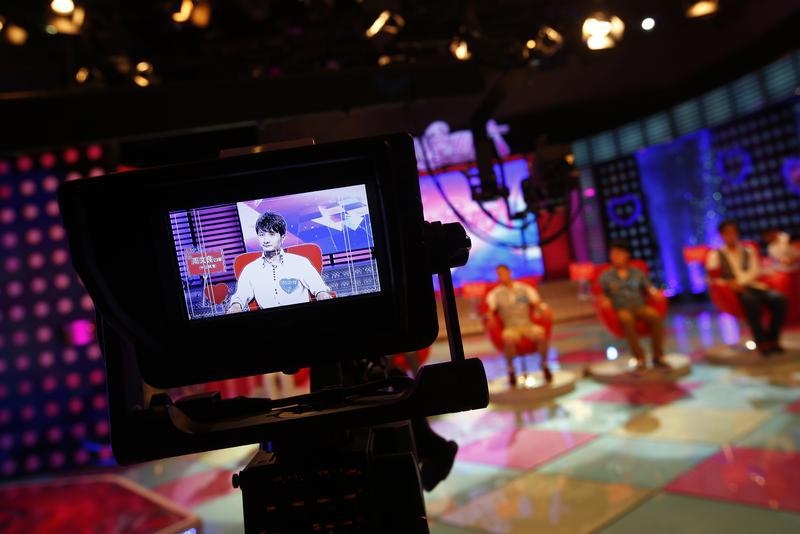 Valuations are soaring despite a global tech sell-off, as companies eye an audience that could hit 77 million by 2015. But it’s unclear how China’s couch potatoes will generate profit: investors like Alibaba founder Jack Ma are ploughing in time and money for uncertain returns.

Men attend the recording of an episode of "Meet you on Saturday", a matchmaking television programme, at a local local television station in Shanghai July 28, 2013.

Wasu trades on a multiple of 147, according to a Reuters Breakingviews calculation. Competitors LeTV and BesTV trade on multiples of 122 and 60.3, respectively. Their peers in the media and technology segment trade at a median multiple of 46.3, according to Eikon.

There could be 77 million viewers of internet TV in China by 2015, Goldman Sachs estimated in a report published in May 2013.