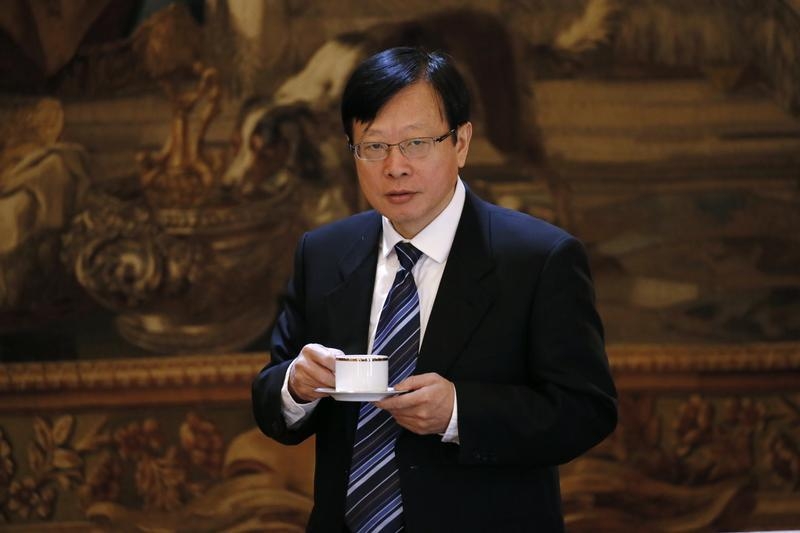 When it comes to global mergers and acquisitions, Chinese investment banks are playing in a league of their own. The likes of China International Capital Corp (CICC) and CITIC have stormed up the worldwide M&A rankings, closing in on global rivals. A $120-billion-plus deal blitz by Chinese acquirers largely explains the rise.

At a time when global M&A activity was well below recent records, ambitious Chinese buyers were the exception. Deals like ChemChina’s $44 billion takeover of Syngenta and Haier’s $5.4 billion bid for General Electric’s appliances arm have lifted the value of outbound acquisitions from the People’s Republic past the total for the whole of last year.

The bonanza has raised the profile of Chinese investment banks. CICC, which advised both ChemChina and Haier, came in 13th in the global M&A league tables for the first half, just ahead of HSBC, according to Thomson Reuters data. In the same period of last year it ranked 78th. CITIC, which also worked for ChemChina and advised consumer electronics group Midea on its bid for German robot maker Kuka, was 15th. The two ranked second and third in Asia, just behind Goldman Sachs.

As long as Chinese companies keep shopping abroad, local investment banks should continue to flourish. However, there are several reasons why global firms won’t worry too much just yet.

Finally, the boom in activity does not necessarily feed through into revenue. Chinese buyers are notoriously reluctant to pay advisory fees. While accurate data is hard to come by, Thomson Reuters estimates that CITIC was the top fee earner in Asia, raking in $294 million from securities offerings and M&A work. But it still does not feature in the top 25 banks worldwide, all of which earned more than $300 million over the same period. China’s M&A league is one local banks will have to themselves for some time.

Chinese investment banks rose up the global mergers and acquisitions league tables in the first half of the year, helped by a wave of cross-border deals, according to Thomson Reuters data published on July 4.

In the six months to the end of June, China International Capital Co ranked 13 in global announced M&A, having advised on deals worth $103 billion. CITIC ranked 14th with deals worth $87 billion. In the same period a year earlier, CICC ranked 78th while CITIC came in 29th.

Deals with a total value of $1.65 trillion were announced in the first half, down 19.1 percent from the same period last year. Goldman Sachs was the top M&A adviser, followed by Morgan Stanley.