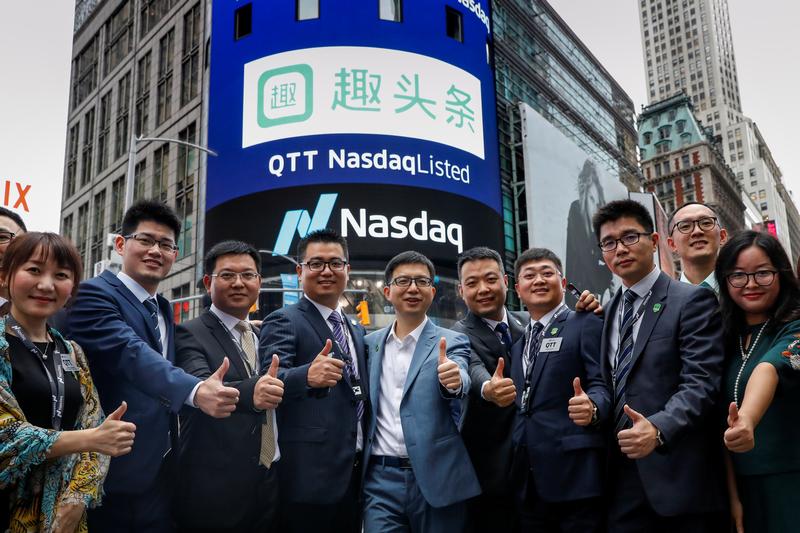 U.S. markets are getting a taste of mainland volatility. News app Qutoutiao more than doubled on its first day before plunging on the second; carmaker Nio has also see-sawed. Small floats and untested models are partly to blame, but erratic behaviour will hamper future debuts.

Stock in Qutoutiao, the Chinese news aggregator, closed almost 130 percent above its listing price on its first day of Nasdaq trading on Sept. 14. The shares ended at $15.97 apiece that day, having been priced in the initial public offering at $7. The stock fell more than 40 percent the following day, taking its market capitalisation to just under $680 million.

Other newly listed Chinese stocks have been equally volatile. After a damp start on Sept. 12, shares in electric-car maker Nio jumped 76 percent in their second day of trading to close at $11.60. They fell almost 15 percent the following day.

Shopping app Pinduoduo’s shares closed up 40 percent higher on the first day of trading in July. It has experienced intraday drops as steep as 15 percent since.