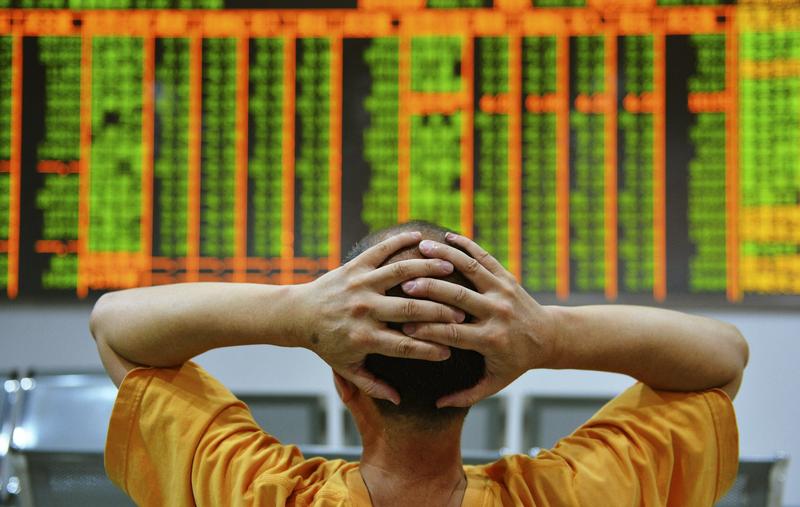 Plans by FTSE Russell and MSCI to expose a fresh $76 bln to mainland stocks look shaky as Shanghai out-swoons New York. If Beijing reacts clumsily, as in 2015 when it allowed shares to be halted and attacked traders, sceptical investors could be emboldened to revolt.

An investor sits in front of an electronic board showing stock information at a brokerage house in Hangzhou, Zhejiang province, June 24, 2013. The CSI300 of the leading Shanghai and Shenzhen A-share listings ended down 6.3 percent at 2,171.2 points. The Shanghai Composite Index dived 5.3 percent. This was their respective worst daily losses since August 31, 2009.

The MSCI Emerging Markets Index has slumped nearly 18 percent so far in 2018, Refinitiv data shows, compared to a 2 percent gain in the S&P 500 index.

Global index provider FTSE Russell said in September that it would start including mainland Chinese shares in its major benchmarks from June 2019, a move it expects will draw initial net inflows of $10 billion.

FTSE Russell rival MSCI said on Sept. 26 that it would consider quadrupling the weighting of big Chinese companies in its global benchmarks next year, which it estimates could attract $66 billion in new foreign investment. MSCI has already added about 230 Chinese enterprises to its flagship indexes with an initial inclusion factor of 5 percent.