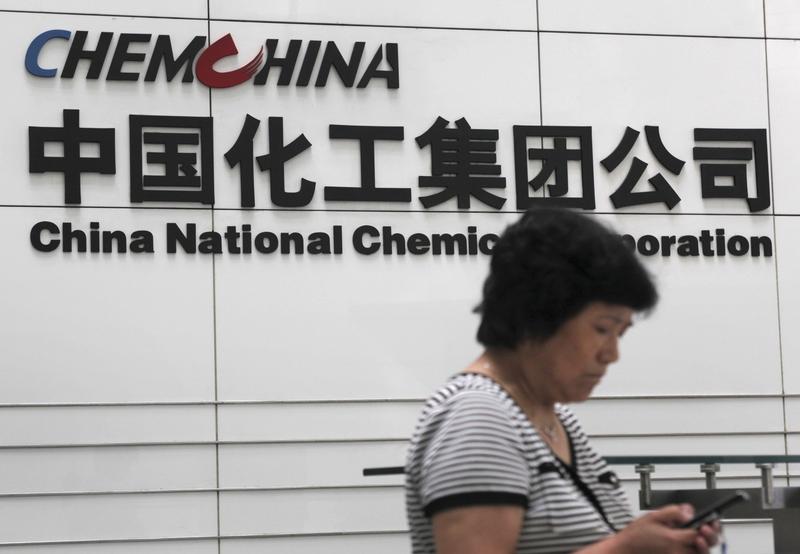 A changing of the guard at ChemChina suggests a Sinochem deal is getting closer. At more than $100 bln in annual revenue, the resulting giant would be on par with DowDuPont. Some forced sales may result, but Beijing’s ambition will keep the focus squarely on more buying.

A woman checks her phone at the headquarters of China National Chemical Corporation in Beijing, July 20, 2009. REUTERS/Stringer/File Photo CHINA OUT. NO COMMERCIAL OR EDITORIAL SALES IN CHINA - S1BEUGVXQRAB

Ning Gaoning, chairman of state-owned Sinochem, was appointed to the same role at rival ChemChina on July 13, replacing Ren Jianxin.

The personnel change is a precursor to a merger of the two companies, according to a July 1 report by Chinese publication Caixin when it also first had news about the chairman change. Deal talks also were reported by Reuters, citing unnamed sources, in October 2016.