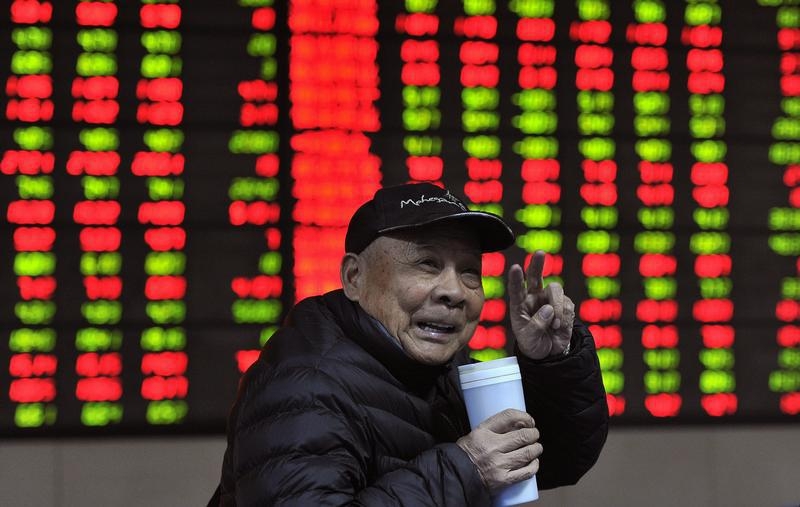 The stock market’s best month since 2012 rests on four abbreviations. There’s GDP, which has stabilised; SOEs, some of which are poised for reform; and PSL, a rumoured plan to pump liquidity into the economy. But don’t forget TBTF: everything that matters is still too big to fail.

An investor gestures in front of an electronic broad showing stock information at a brokerage house in Hefei, Anhui province, February 7, 2014.

Chinese stocks closed at their highest level in more than seven months on Aug. 4, following a 7.5 percent rally in July for the benchmark Shanghai Composite Index - the market’s best month since December 2012.

A spokesman for the China Securities Regulatory Commission on Aug. 1 described the rally as a “rebound”, created by improving economic performance, liquidity and reforms.

China Everbright Bank said late on Aug. 1 that its parent China Everbright Group had received permission to restructure into a joint stock company. That would allow the group to accept investment from outsiders. The listed bank’s shares rose 5 percent in Shanghai on Aug. 4.

The Hang Seng China AH Premium Index closed at 93.32 on Aug. 5. A reading below 100 shows mainland China-listed shares trading at a discount to their Hong Kong equivalents. The index fell to 88.97 on July 23, its lowest closing value in five years.

China’s central bank issued its quarterly monetary policy report on Aug. 1. It did not mention “Pledged Supplementary Lending”, a new mechanism for adding liquidity to the system widely reported by Chinese financial media in July.