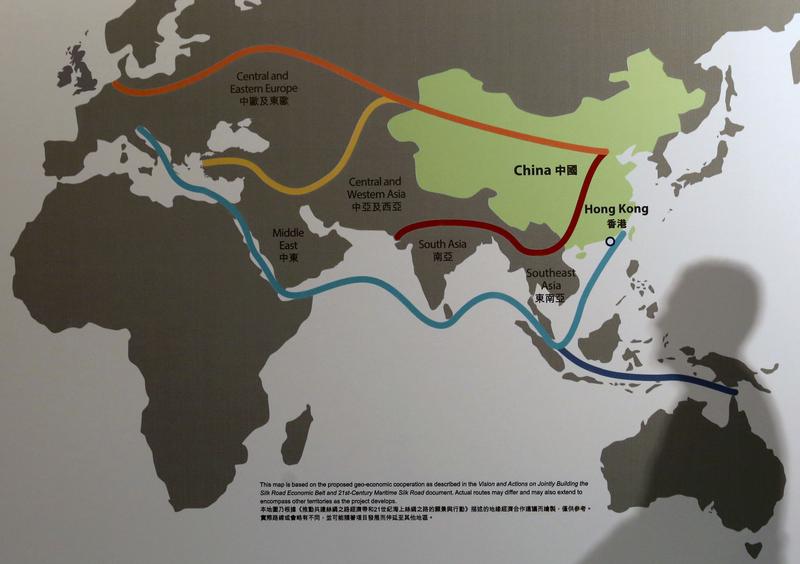 President Xi pledged $124 bln at an international summit to build a modern version of the ancient trading route. Huge global infrastructure spending will burnish Beijing’s standing. But the hype could backfire if citizens of the People’s Republic fail to reap tangible benefits.

The shadow of a participant is seen on a map illustrating China's "One Belt, One Road" megaproject at the Asian Financial Forum in Hong Kong, China January 18, 2016. REUTERS/Bobby Yip - RTX22TFY

Chinese President Xi Jinping pledged $124 billion for the new "Silk Road" during a summit in Beijing that concluded on May 15. The initiative aims to bolster China's global leadership ambitions by building infrastructure and trade links between Asia, Africa, Europe and beyond.

Under this "Belt and Road" initiative, China will lead a $1 trillion spree that aims to reduce Asia's massive infrastructure deficit - a shortfall that the Asian Development Bank estimates will require as much as $26 trillion of fresh investment by 2030.

The Chinese president and 29 other heads of state reaffirmed their commitment to building an open economy and ensuring free and inclusive trade on May 15, at the end of a two-day summit on the project. The heads of the International Monetary Fund, the World Bank, and the United Nations also attended the summit.

The U.S. Commerce Department said in a statement on May 11 that “the United States recognizes the importance of China’s One Belt and One Road initiative”. President Donald Trump’s administration dispatched top Asia policy maker Matthew Pottinger to attend the summit.