Romance of the three kingdoms 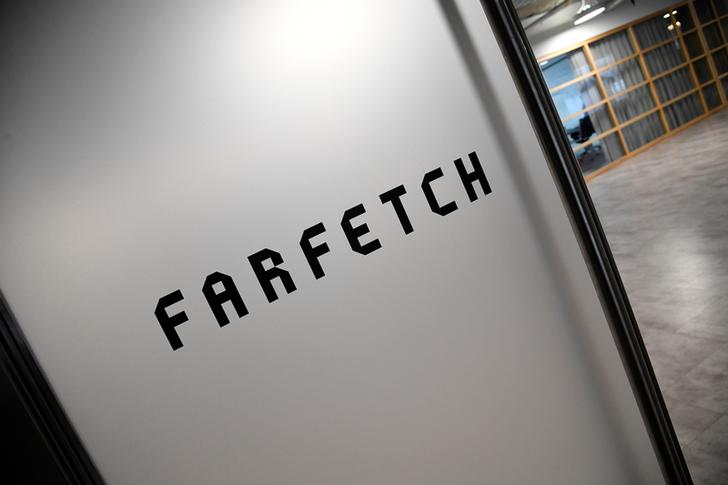 Alibaba, JD.com and Tencent are launching a proxy war in New York. Jack Ma’s behemoth may be mulling a $300 million investment in U.S.-listed online fashion retailer Farfetch, which is also backed by the two other technology giants. For the long-time rivals, together worth $1.7 trillion, the move may just be the start of a battle for influence at the $9 billion minnow.

Farfetch is an e-commerce platform that offers home delivery of luxury goods from $2,500 Gucci bags to Burberry jackets in the United States and Europe, and through a joint venture in China with JD.com. Buying a roughly 3% stake would give Alibaba another way to profit from the growth in luxury e-commerce. Luxury purchases made online have increased throughout the crisis and could represent up to 30% of total sales by 2025, Bain reckons. Yet Farfetch is hardly cheap: it is valued, including debt, at 71 times 2022 EBITDA, according to Refinitiv.

Backing the same company as your rivals looks like an odd move. And, with a 14% stake, JD.com will, for now, have a far bigger say over Farfetch than Alibaba. Yet the investment may still be a shrewd way for Ma’s group to boost its business back home. Its luxury platform, Luxury Pavilion, is growing, but many foreign brands are wary of using Chinese platforms due to fears of counterfeit goods. A joint venture with Farfetch could help. Some 79% of the brands on Gartner L2’s index sell on Farfetch China, more than the 55% of rival Net-a-Porter’s Chinese operations, in which Alibaba also has a stake.

Alibaba’s investment makes Farfetch’s governance more complicated. As its operations in the Middle Kingdom grow, the three Chinese shareholders may find themselves increasingly at odds. And none of them is likely to buy Farfetch outright, due to U.S.-China tensions. Their stakes may make it harder for anyone else to acquire the group.

Yet Farfetch Chief Executive José Neves probably has bigger worries. U.S. e-commerce giant Amazon.com and Facebook are setting up their own luxury businesses. Partnering with Alibaba will help the London-based group access the Chinese giant’s some 780 million active customers, fortifying its position in the vast Chinese market, and giving it greater scale and clout with luxury brands. Farfetch’s Chinese shareholders could be a powerful Big Tech hedge.

Branding for online fashion house Farfetch is seen at the company headquarters in London, Britain January 31, 2018.

Alibaba is in discussions to invest nearly $300 million in Farfetch, giving it a roughly 3% stake in the London-based online luxury retailer, online publication The Information reported on Nov. 2. Richemont is also considering investing in Farfetch alongside Alibaba, according to the article.

Alibaba rival JD.com has a 14.3% stake in New York-listed Farfetch, while Tencent also bought $125 million of unsecured convertible senior notes issued by the group in January 2020.