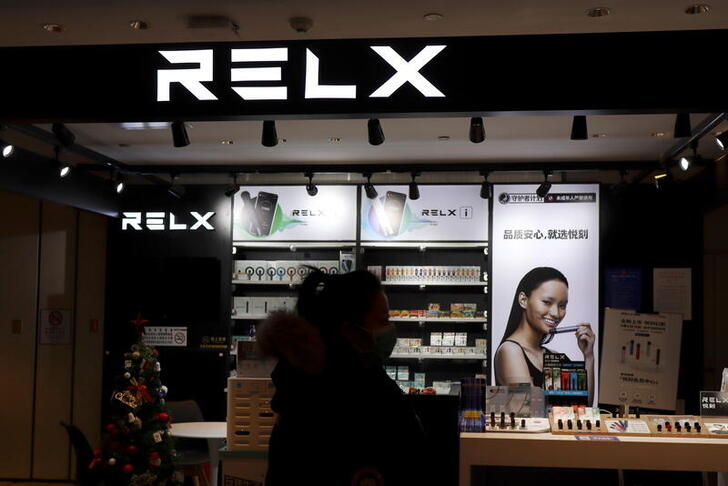 Rlx Technology lit up the New York Stock Exchange. The Chinese vaping company’s shares more than doubled on their debut on Friday, delivering a $46 billion market valuation that exceeds cigarette stalwarts Japan Tobacco and Imperial Brands. Fast sales growth can be addictive to investors, but overlooking regulatory risks also can be hazardous to their health.

Founded just three years ago, Rlx says it is already dominant in vaping in a country where old-fashioned darts prevail. Vaping accounted for just over 1% of the market in 2019, according to data cited in the company’s initial public offering prospectus. It nevertheless supplies products to over 5,000 branded partner stores and over 100,000 other retail outlets.

The valuation contrast with Big Tobacco is notable. Despite anxious consumers puffing their way through the pandemic, the five biggest producers have lost a combined nearly $50 billion of market capitalisation over the past year. Rlx rival Smoore International went public last July. Its shares have surged over 500% and it’s now worth some $62 billion.

Some of the market exuberance can be justified. These new smoking options are probably here to stay. Philip Morris International estimates that nearly 12 million people have completely switched to their heat-not-burn product, Iqos. And despite China’s move in 2019 to ban online sales of e-cigarettes, Rlx has successfully used brick-and-mortar shops. The company’s revenue nearly doubled for the nine months through September, to 2.2 billion yuan ($340 million), from a year earlier, while the bottom line grew by 11%.

The Rlx valuation, however, leaves significant risk factors going up in smoke. Altria invested $12.8 billion in Juul Labs in 2018 but after political backlash and regulatory crackdowns prompted yet another impairment last quarter, of $2.6 billion, it now puts the stake’s value at just $1.6 billion. Imperial also wrote down its flavoured vape inventory last February. Questions about vaping-related lung illness persist.

In China, especially, new rules can surprise. Just ask Jack Ma and his financial technology colossus Ant, whose $37 billion IPO was derailed by unexpected regulatory intervention. The country’s state-backed tobacco monopoly adds another layer of risk for Rlx and Smoore, and could turn out to be a real drag.

Rlx Technology shares closed at $29.51 on their first day of trading on Jan. 22 after pricing above the marketed range, at $12, for the initial public offering.

The company raised $1.4 billion in a deal underwritten by Citigroup and China Renaissance.

A woman walks past a store displaying RELX vaping products by RLX Technology Inc inside a shopping mall in Beijing, China January 22, 2021.

Rlx Technology shares closed at $29.51 on their first day of trading on Jan. 22 after pricing above the marketed range, at $12, for the initial public offering.

The company raised $1.4 billion in a deal underwritten by Citigroup and China Renaissance.