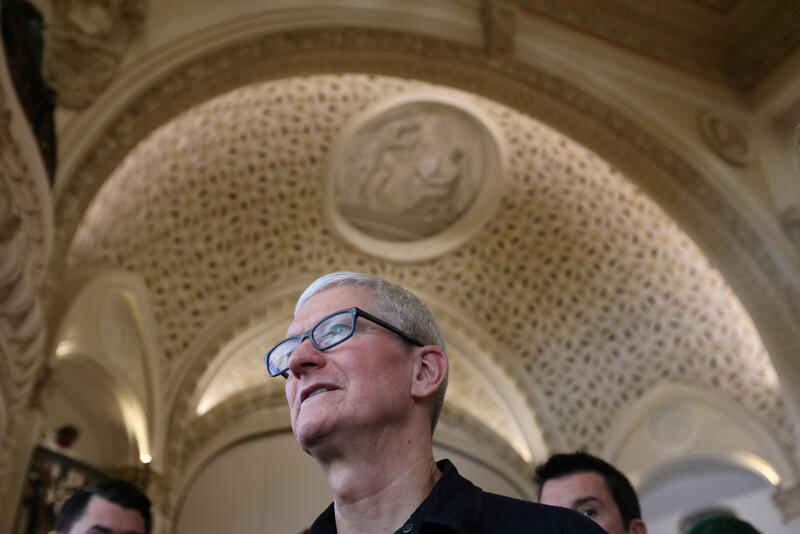 Jobs done. On Aug. 24, 2011, Steve Jobs conceded he could no longer run Apple. He handed over the top job to Tim Cook, the operating supremo who had stood in during Jobs’ illness. The company was then worth $350 billion. Some feared Cook could never reproduce the innovation inspired by Jobs, notably the world-changing iPhone, first launched in 2007.

It turned out Cook could succeed in other ways. Mostly incremental product launches and supply-chain improvements brought lasting growth, turning Jobs’ vision into the first $1 trillion company. Apple is now worth $2.5 trillion, and that’s after returning around $550 billion to investors through share repurchases and dividends since 2012.

In the past decade, an Apple shareholder has made a total return, including dividends, of some 1,200%: better than Google, now called Alphabet, and more than Facebook shares have delivered since the company’s 2012 listing. Apple has benefited less than some in the last year or two. Still, it remains the most valuable corporation on Earth. For shareholders, Cook’s effort to fill the shoes of a legend must be one of the most lucrative of all time. (By Richard Beales)

Playing with fire. A Chinese vaping company may have picked the worst possible time to list. Shenzhen IVPS Technology, which makes Smok devices, is eyeing a Hong Kong initial public offering that could raise up to $1 billion as early as next year, according to a Bloomberg report. It will be a feat to arouse investor interest in the current environment, however. Beijing’s crackdown on consumer sectors it doesn’t like has hammered shares ranging from after-school tutors to video games. Electronic cigarettes are a particular target.

In March, regulators proposed draft rules to regulate e-cigarette products similarly to that of the traditional cigarette industry; earlier this month, shares in related companies fell after state media reported that minors had figured out loopholes in bans on e-cigarette sales. Shares of peer Rlx Technology, which said last week it eked out a mere 6% quarter-on-quarter rise in revenue, are down some 80% in the past six months. But there is still one good reason to list now: Shenzhen IVPS Technology must really need the money. (By Sharon Lam)

Mountain to climb. Unlike its physical surroundings, Zurich presents a disappointing backdrop for Europe’s aviation recovery. Despite the Swiss authorities’ relatively relaxed approach to quarantines, allowing vaccinated travellers to enter with few restrictions, passenger numbers failed to top 25% of pre-pandemic levels in the first six months of the year, Flughafen Zuerich reported on Tuesday. Business travel was particularly hard hit, suggesting the commercial capital’s legions of financiers are sticking with Zoom calls for now.

On the current trajectory, traffic should recover to half 2019 levels by the end of the year. After slashing operating costs by nearly a third in the last 18 months, that would bring the $5 billion company close to break-even. That faint optimism shines through in a share price down just 10% from the start of 2020. Spain’s Aena, Germany’s Fraport and France’s Aeroports de Paris are faring worse. But there’s little cause for celebration. Further setbacks, the company concludes, cannot be excluded. (By Ed Cropley)