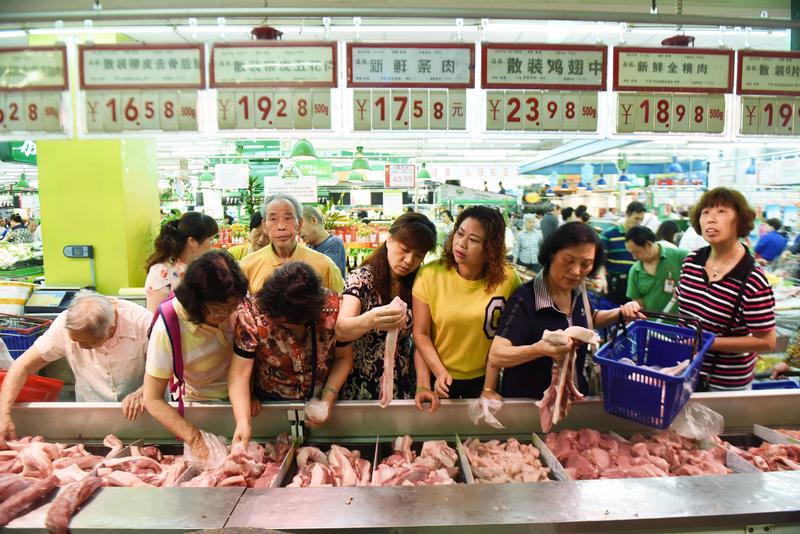 Food giant COFCO wants to raise up to $600 mln floating an online supermarket. Sales are growing as web shoppers splurge on fresh produce. But the group is investing heavily in logistics. Throw in a costly price war with Alibaba and others, and investor appetite may be lacking.

Customers select meat at a supermarket in Hangzhou, Zhejiang province, China, June 9, 2016. REUTERS/Stringer ATTENTION EDITORS - THIS PICTURE WAS PROVIDED BY A THIRD PARTY. EDITORIAL USE ONLY. CHINA OUT. NO COMMERCIAL OR EDITORIAL SALES IN CHINA. - S1AETIVLOYAA

Chinese online grocery store COFCO Womai has filed for an initial public offering on the Hong Kong stock exchange. The company plans to raise $500 to $600 million, IFR reported on Aug. 26.

The company, which operates womai.com, made a net loss of 838 million yuan ($127 million) in the first half of 2017. According to the filing, a subsidiary of state-owned food group COFCO owns a 41 percent stake.

China Merchants Securities and Credit Suisse are the joint sponsors.