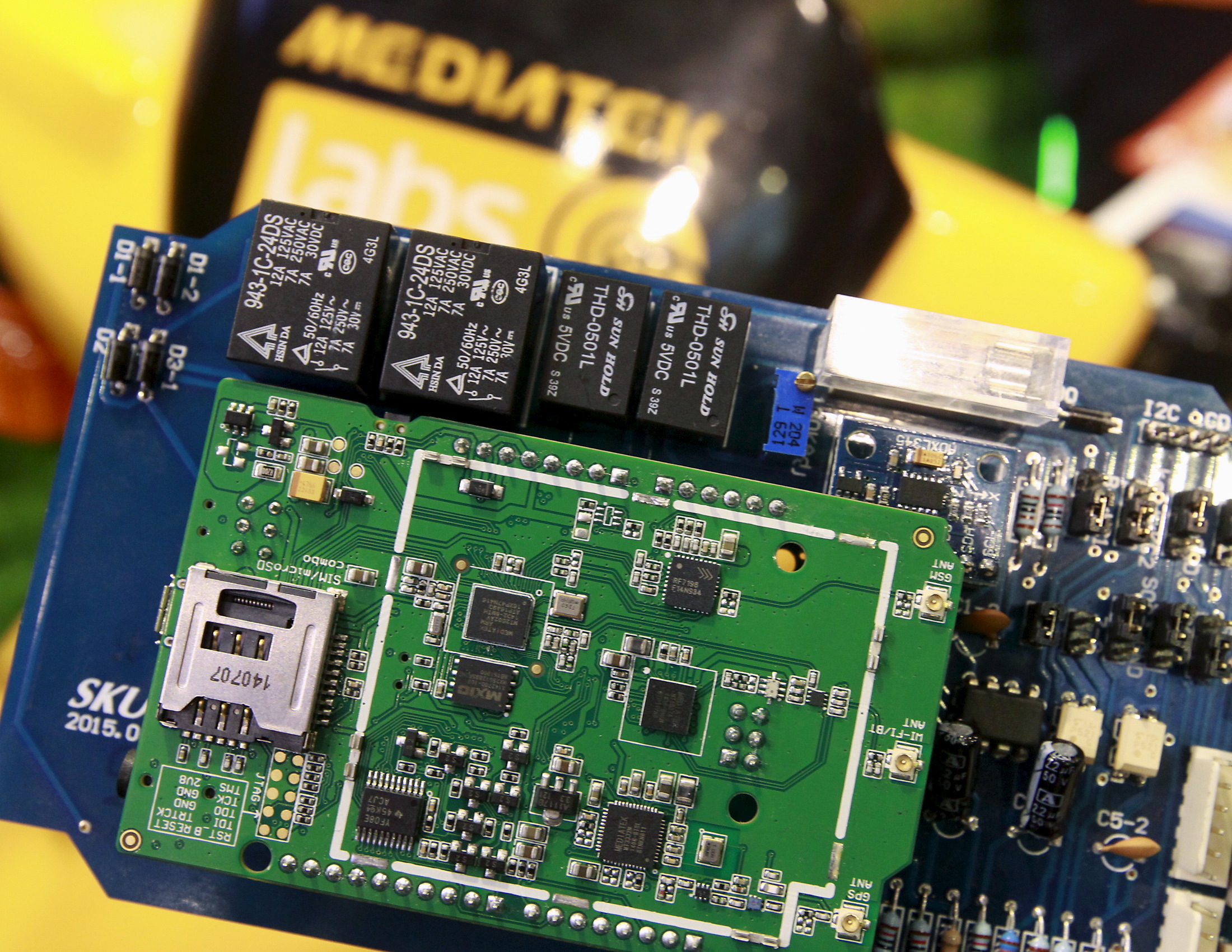 New president Tsai Ing-wen will soon decide whether to approve investments worth almost $1 bln by a Beijing-backed group. China’s push into semiconductors is a challenge for Taiwan’s tech-dependent economy. The outcome of the stalled deals will shape broader economic relations.

MediaTek chips are seen on a development board at the MediaTek booth during the 2015 Computex exhibition in Taipei, Taiwan, June 3, 2015.

Tsai Ing-wen, Taiwan’s first woman president, was inaugurated on May 20. Tsai’s Democratic Progressive Party (DPP) won parliamentary and presidential elections by a landslide in January, helped by a voter backlash against the island’s creeping dependence on mainland China.

Taiwan’s Investment Commission, which reviews major inbound and outbound deals, told Reuters on May 17 that it had begun reviewing proposals from Tsinghua Unigroup, a Chinese state-backed company, to buy stakes worth nearly $1 billion in ChipMos and Powertech, two Taiwanese semiconductor companies.

In December, Tsinghua Unigroup announced plans to acquire roughly 25 percent stakes in three Taiwanese chip companies. In April one of those companies, Siliconware Precision Industries, said it and Tsinghua Unigroup had mutually agreed to terminate their alliance.