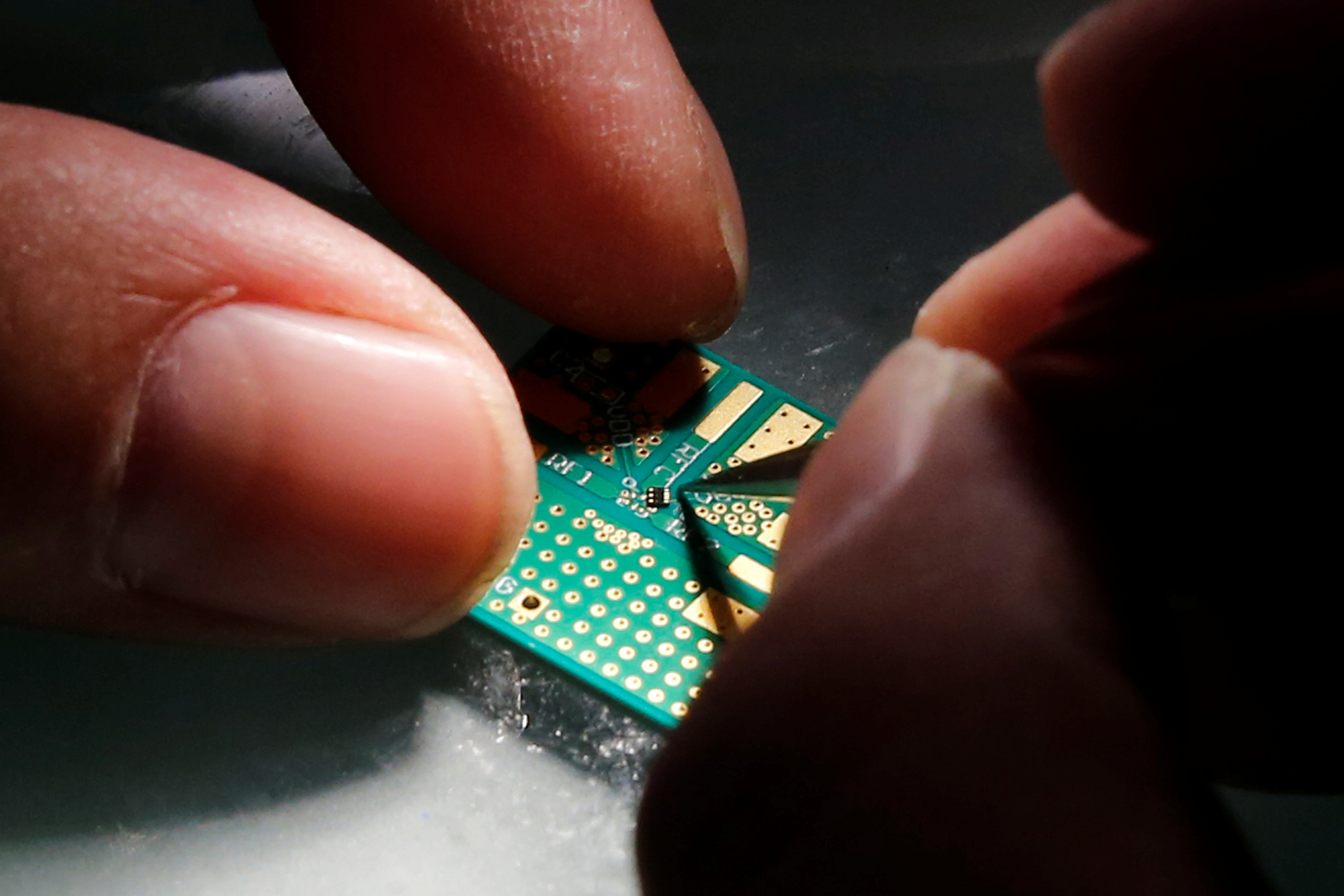 A researcher plants a semiconductor on an interface board during a research work to design and develop a semiconductor product at Tsinghua Unigroup research centre in Beijing, China, February 29, 2016.

Cypress Semiconductor on March 3 unveiled a proposal to eliminate the company's cumulative voting structure for members of its board, which allows shareholders to allocate their votes to a single candidate. The plan follows the nomination of two directors by T.J. Rodgers, the chipmaker's founder and former chief executive.

Rodgers wants to replace Ray Bingham, Cypress' executive chairman, and Eric Benhamou, the lead independent director. Rodgers says Bingham has a conflict of interest because of his involvement at Canyon Bridge, a private-equity firm backed by China's government that lists Bingham as a co-founder and partner.

In November, Canyon Bridge agreed to buy Lattice Semiconductor for $1.3 billion. Cypress says Bingham officially joined Canyon Bridge in December, and was not involved in the firm’s sourcing, negotiation or due diligence for the Lattice deal.

Under a cumulative voting system, shareholders receive one vote for each director up for election. Investors can cast all their votes for one candidate or spread them out among various candidates.