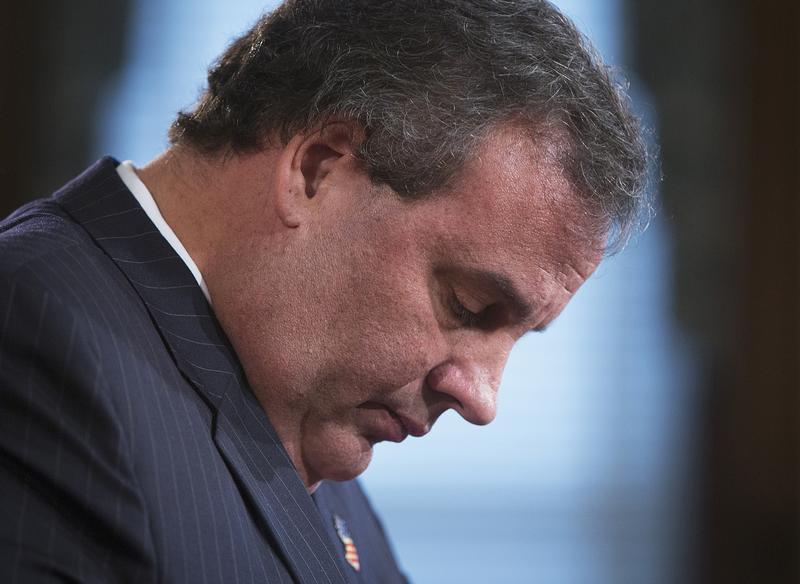 Jamie Dimon’s tale of woe is proving an uncanny inspiration to the governor of the U.S. state of New Jersey. Chris Christie, who is also considered an early front-runner for the 2016 Republican presidential nominee, followed his own “tempest in a teapot” moment with a mea culpa on Thursday for his team’s behavior over a traffic scandal. Christie even has an Ina Drew to blame. Like Dimon, the Garden State’s chief executive needs to own up to a culture he engendered.

About a month ago, Christie glibly dismissed questions about his involvement with lane closings on the highly traveled George Washington Bridge over the Hudson River as retribution for a local mayor failing to endorse his gubernatorial re-election campaign. “Unbeknownst to anyone, I was working the cones,” he told reporters. The tone evoked Dimon’s own April 2012 response to news reports that the bank’s chief investment office had made big and dangerous bets on credit derivatives when he told analysts: “It’s a complete tempest in a teapot.”

Christie closely followed the JPMorgan playbook again after the release of incriminating evidence linking the scandal back to his office. The governor apologized on Thursday, said he was “embarrassed and humiliated” by the “abject stupidity” and that in the end he is responsible for “what happens under my watch.” When Dimon was forced to backpedal a month after his initial mockery of the so-called Whale fiasco, he conceded the trading strategy was “flawed, complex, poorly reviewed, poorly executed and poorly monitored.” He added: “We were accountable.”

And just as JPMorgan’s chairman and CEO parted ways with a senior lieutenant – Drew, the head of the CIO, resigned days after the trading transgressions came out – Christie has sacrificed his deputy chief of staff, Bridget Kelly. Emails she wrote appear to show she helped orchestrate the traffic snarls.

The two men share a no-nonsense leadership style, but perhaps also a blind spot to the repercussions their behaviors foster further down the organizations they run. Dimon routinely confronted regulators publicly, emboldened in part by the consistently solid performance of his bank. Under his leadership, however, JPMorgan also has had to pay out some $25 billion over the past two years for a variety of transgressions.

Meanwhile, Christie is often called a political bully, a term he rejected on Thursday. The governor can be satisfied with his tough-talking manner because of the national stature it has helped to confer. Dimon and Christie will accept fault only up to a point. Both, however, have constituencies – the shareholders of JPMorgan and American voters, respectively – who will ultimately need to hold them more accountable.

New Jersey Governor Chris Christie reacts during a news conference in Trenton January 9, 2014. Christie on Thursday fired a top aide at the center of a brewing scandal that public officials orchestrated a massive traffic snarl on the busy George Washington Bridge to settle a political score. Christie told a news conference he was stunned and heartbroken by revelations that his staff was behind the traffic jam designed to punish a local mayor who declined to endorse Christie's re-election bid. REUTERS/Carlo Allegri

New Jersey Governor Chris Christie on Jan. 9 fired a top aide at the center of a scandal that involves public officials orchestrating a traffic snarl on the George Washington Bridge to settle a political score. The governor also apologized to the people of his state.

“I am embarrassed and humiliated by the conduct of some of the people on my team,” Christie said at a two-hour press conference in Trenton. He said he terminated the employment of his deputy chief of staff, Bridget Anne Kelly.

U.S. Attorney Paul Fishman, whose job Christie held before he was elected governor, has opened a probe into the lane closures, his spokeswoman said.