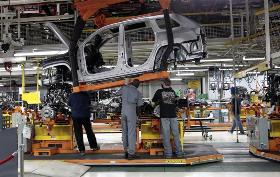 It took about a generation before Italian immigrants to the United States adopted the ways of their new home and shook off those of the old country. Italy’s premier industrial enterprise may do it in a matter of years. A spat over Fiat’s plans to fully acquire Chrysler, Detroit’s number three carmaker, could hasten the process.

Sergio Marchionne, Fiat chief executive and son of Italian migrants to Canada, is negotiating the purchase of the remaining 41.5 percent in Chrysler that is owned by a United Auto Workers healthcare trust. The two sides, who are some $3 billion apart on price, aired their disagreements about the negotiating process in a court hearing last week.

Despite the differences on valuation, there’s no doubt about the outcome. Marchionne has long envisioned a fully integrated Fiat-Chrysler as the first step in a continuing consolidation designed to squeeze out the excess capacity that plagues the car industry, particularly in Fiat’s home market.

Marchionne has barely hidden his concerns about Italy, which just barely managed over the weekend to form a new government. The economy has been stalled for a decade. Rigid labor rules stifle entrepreneurship and competition. Outside investment has dwindled and the stock market is a pale shade even of its former byzantine self.

The more Fiat is forced to pay for Chrysler, the more fresh equity it will need to raise to avoid a credit downgrade. One way to make that easier could be for Marchionne to structure the deal in two stages. First Fiat would buy Chrysler, then the combined company would offer new shares. This would look a bit like an initial public offering for the enlarged group, and a bit like a rights issue for existing Fiat shareholders.

New York offers a far bigger pool of investor capital than Milan. As with the merger of Fiat Industrial with CNH Global announced last year, that would give Marchionne a reason to shift the merged entity’s domicile and move its listing to the United States. An eventual deal on the value of the Chrysler stake could buttress the logic. At the mid-point of the two parties’ marks Chrysler’s equity, at $7.25 billion, would be more valuable than Fiat’s market cap of $6.9 billion. Once the arguments about the Detroit firm’s value are over, Fiat could be on the fast track toward U.S. citizenship.

Fiat, the Italian carmaker led by Sergio Marchionne, is negotiating with a United Auto Workers trust to acquire the 41.5 percent of Chrysler that it doesn’t already own. The purchase would be the final step toward integrating the two companies.
The Turin-based group is in advanced talks with banks, which are expected to conclude next month, on financing to buy the stake held by VEBA, the UAW retirees’ healthcare trust, Reuters reported earlier this month.
Marchionne wants to merge the two carmakers to create the world’s seventh-largest auto group, tapping Chrysler’s cash flow to offset Fiat’s losses in Europe and building economies of scale.