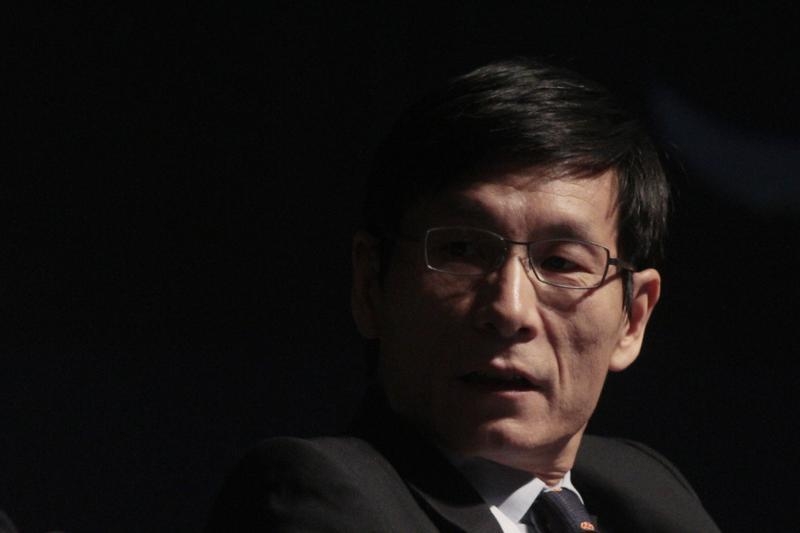 To lose a princeling looks careless, but no worse. That should reassure backers of China International Capital Corp, the Chinese investment bank whose well-connected chief executive has just resigned.

Levin Zhu, the son of reformist former Premier Zhu Rongji, was hired in 1998 to helm the country’s first home-grown rival to Wall Street giants. Morgan Stanley was a founding co-investor. It sold out after 15 years with a fat profit but no illusions about who was in charge. Doling out orders to the son of the man to whom most of China’s biggest companies once reported proved tough.

Zhu’s stature hasn’t saved CICC from a slump. The privately-held broker ranks a lowly tenth in China investment banking fees this year so far, according to Thomson Reuters data, while its financial reports show return on equity has collapsed from 15 percent in 2010 to 5 percent. CICC’s forte was servicing state-owned enterprises, but these no longer dominate the pipeline for initial public offerings. A strong-minded chief executive doesn’t sit well with an unimpressive strategy.

What CICC needs now is financial rather than political capital. Brokerage fees are under pressure from online rivals, which in some cases charge a third of the 0.08 percent demanded by old-school peers, according to Credit Suisse, and a rule limiting each person to one brokerage account is about to disappear for some investors, sharpening competitive pressure. Trading on margin is growing quickly, but is balance sheet-intensive.

The lack of traction is reflected in CICC’s valuation. The company’s net assets were 6.9 billion yuan at the end of 2013. Suppose it grows at twice last year’s 5 percent growth rate, and then apply the same multiple of two times book forward-year value that other Chinese brokerages command. Even then CICC would be worth just $2.5 billion, less than the $3 billion valuation at which private equity firms KKR and TPG invested back in 2010.

Early plans for an IPO, which might deliver a much-needed infusion of funds, will now have to wait. Outside investors will want to see a credible, settled chief executive in Zhu’s place. Once that happens, CICC may return minus a princeling but with enhanced investment appeal.

The younger Zhu is credited with building up China’s first investment bank on the strength of his connections, ensuring the bank was involved in most of the big initial public offerings of state-owned firms during his 16 years of service.

CICC’s chairman, Jin Liqun, also plans to resign this year, Reuters reported on Oct. 15, citing sources with direct knowledge of the matter. Jin is expected to take up a position at Asia Infrastructure Investment Bank, a Beijing-led regional lender.

China International Capital Corp dropped a subsidiary of China Construction Bank (CCB) from a planned initial public offering, according to the Wall Street Journal on Aug. 20, leaving Agricultural Bank of China and itself as underwriters. The decision came after a company CCB International had helped to take public said its chairman had gone missing.

CICC was the first investment banking joint venture between a Chinese and foreign company. It is 43 percent owned by Chinese government fund Huijin, according to the company’s annual filing in April 2014. U.S. private equity firms KKR and TPG own a further 20.3 percent, which they bought when Morgan Stanley sold its one-third stake in CICC for roughly $1 billion in 2010.