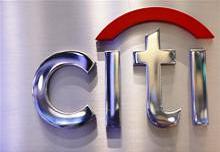 A U.S. appeals court has ruled that Jed Rakoff overreached in rejecting the bank’s $285 mln settlement with the SEC. But the watchdog and other courts have already adopted his policy of forcing miscreants to admit fault. That looks like a win for investors as well as the judge.

A Citi sign is seen at the Citigroup stall on the floor of the New York Stock Exchange, October 16 2012. REUTERS/Brendan McDermid

The U.S. Court of Appeals in New York on June 4 ruled that a federal judge had abused his discretion by rejecting a $285 million fraud settlement between Citigroup and the Securities and Exchange Commission over securities sold before the financial crisis.

The court said U.S. District Judge Jed Rakoff did not give “significant deference” to the SEC’s decision to settle and was wrong to require the watchdog to establish the “truth” of its allegations that the bank had misled investors in selling them a failed collateralized debt obligation.

The case will now go back to Rakoff for further proceedings.