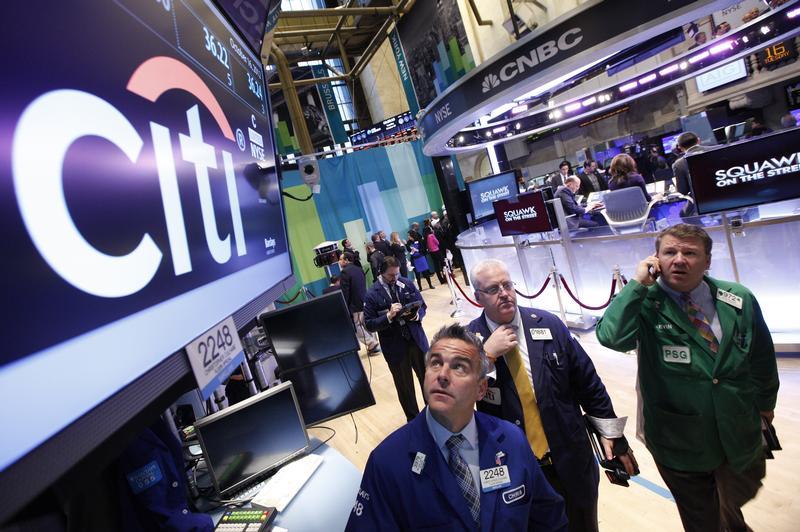 Mike Corbat’s traders hiked revenue by 39% in the latest quarter, the biggest jump in eight years. Rivals including Goldman Sachs also reported large gains. Market chaos helps those who profit from volatility. This may be as good as it gets until Covid-19 lifts – or returns.

Traders work at the trading post that trades Citigroup stock on the floor of the New York Stock Exchange, October 16, 2012.

Wall Street banks reported large gains in trading revenue during the first quarter of 2019, helped by volatile stock and bond markets, falling oil prices and ructions in money markets. Trading partly offset increased charges for bad debts that caused earnings to fall by half in many cases.

Citigroup on April 15 reported $6 billion of combined equities and fixed-income trading revenue, 39% higher than a year earlier. It attributed the increase in part to strong trading in rates, currencies and commodities, and equity derivatives.

Trading revenue at Goldman Sachs increased 28% to $5.2 billion in the first quarter from a year earlier, the bank said on April 15. Goldman also attributed this to equity derivatives, commodities and currencies, and other factors.

Bank of America’s first-quarter trading revenue of $4.3 billion was 22% higher than a year earlier, including an almost 40% increase from equities trading.