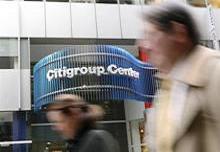 Happy 200th birthday Citigroup – shame you are unlikely to make it to 300. At the very least, it’s hard to envision the accident-prone New York bank will make it to 2112. Founded in 1812 as the City Bank of New York, Citi’s first century was more successful than the second. By 1912 Citi was the largest U.S. bank with worldwide operations, a top-three underwriting business and one near-death experience, in 1837. Since then it’s had several costly expansions and four more near-fatalities.

At its founding, Citi was a blue-chip operation; its first president, Samuel Osgood, had been in President George Washington’s cabinet, and its money came from former sponsors of the shuttered first Bank of the United States. The bank’s first century saw only one major hiccup, when it suspended specie payments on May 10, 1837, but was bailed out by John Jacob Astor, who installed his protégé Moses Taylor as director. Taylor ran the bank from 1856 to 1882 as the financial services arm of his iron, coal and railroad business empire.

James Stillman, who bought effective control of the bank in 1891, was as rich as Taylor, but with an international reach, having financed the 1876 coup that installed Porfirio Diaz as president of Mexico. By 1912 the bank was America’s largest, and was referred to in the “Money Trust” hearings of 1913 as one of its three leading issuing houses. Only foreign branches were lacking – illegal until the 1913 Federal Reserve Act.

But Citi’s second century has been marred by too many near-death experiences to assure it makes it to 300 intact. It flirted with insolvency in 1920 after Cuban sugar loans went sour. Then “Sunshine Charlie” Mitchell, its 1920s-era president, was prosecuted for tax evasion; describing his role in the 1929 financial crisis, Senator Carter Glass said: “Mitchell more than any 50 men is responsible for this stock crash.”

During the Great Depression Citi’s stock par value was cut by 40 percent and it was bailed out by the Reconstruction Finance Corporation. Then, after another exuberant burst of international expansion in 1959-1980, during which chairman Walter Wriston claimed “countries don’t go bust” it was bailed out in 1991 by Prince Al-Waleed bin Talal. In 2008, losses in the U.S. mortgage market necessitated another rescue, this time by U.S. taxpayers.

Since 1912, Citi’s relative progress has been modest and its propensity for accidents high. That combination makes future longevity mostly unimaginable.

Citigroup’s predecessor bank, the City Bank of New York, received its bank charter on June 16, 1812, with authorized capital of $2 million and paid-in capital of $800,000. Its president was Samuel Osgood, who had been Postmaster-General under President George Washington.

Citigroup’s predecessor bank, the City Bank of New York, received its bank charter on June 16, 1812, with authorized capital of $2 million and paid-in capital of $800,000. Its president was Samuel Osgood, who had been Postmaster-General under President George Washington.