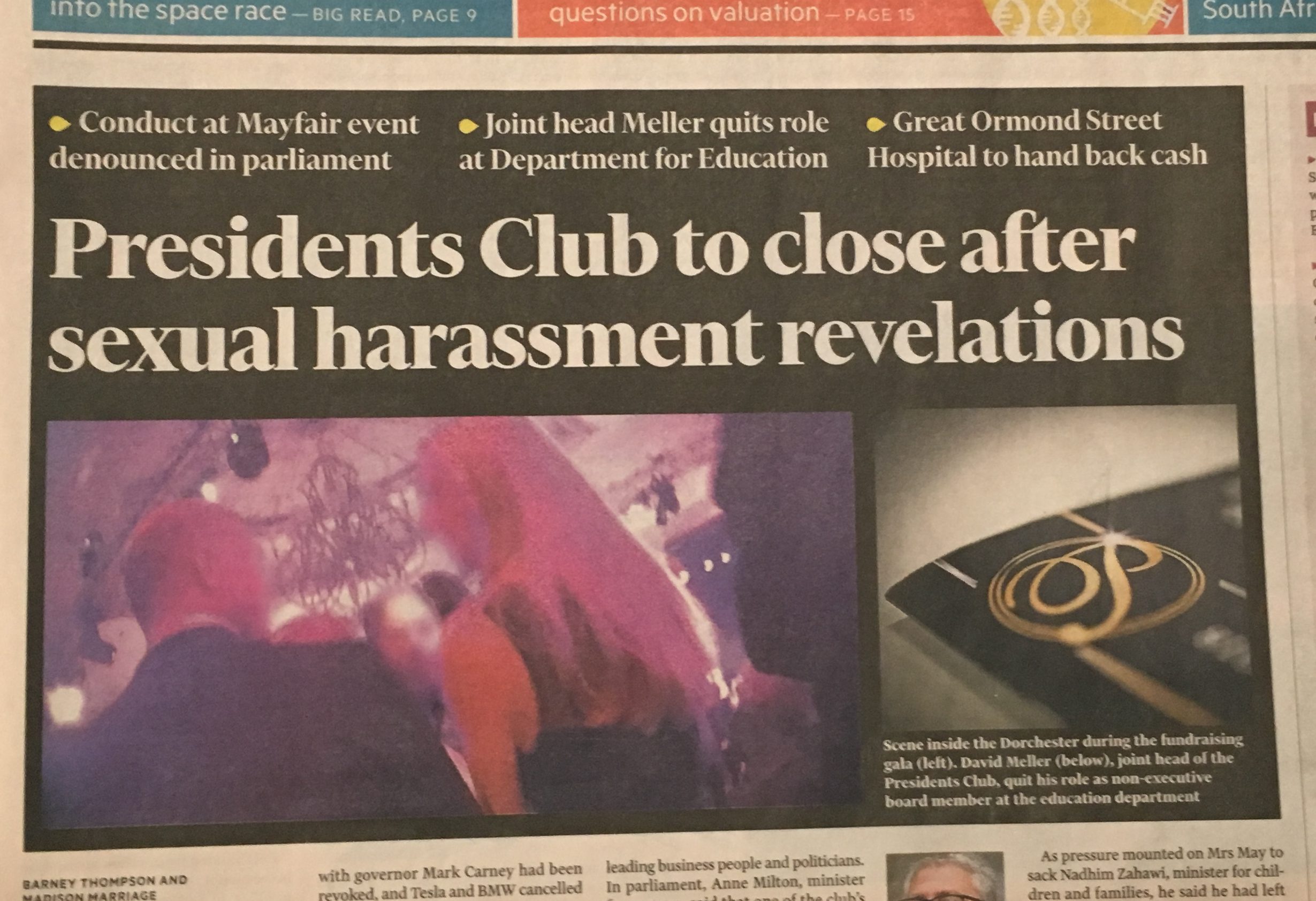 The charity behind a men-only London dinner where female hostesses were groped has closed down. The scale of justified public censure means such events have no future. But the furore may also give new impetus to appoint more women to boards and redress gender pay inequality.

The Financial Times's front-page report on the Presidents Club closure, on Jan. 25, 2017.

British charity the Presidents Club said on Jan. 24 that it would close following a Financial Times report that female hostesses were groped and harassed at a men-only event it organised in London’s Dorchester hotel.

Luxury goods businessman David Meller, one of the co-chairmen of the Presidents Club Charitable Trust, stepped down as a non-executive board member at the education ministry. Conservative Member of Parliament Nadhim Zahawi, who is also a junior minister in the education department, attended the Jan. 18 event.

Great Ormond Street children’s hospital, a recipient of funds from the charity, said earlier on Jan. 24 that it would return donations received from the Presidents Club, while advertising group and corporate sponsor WPP severed ties with the organisation.

The Bank of England said in a statement that it had not approved a prize for the auction that offered a tour of the Bank: “The Bank of England wishes to reiterate that it was not aware of the Presidents Club Dinner and did not approve any prize for auction at the event. It has had no contact at any point with the Presidents Club or any of the organisers of the event.”