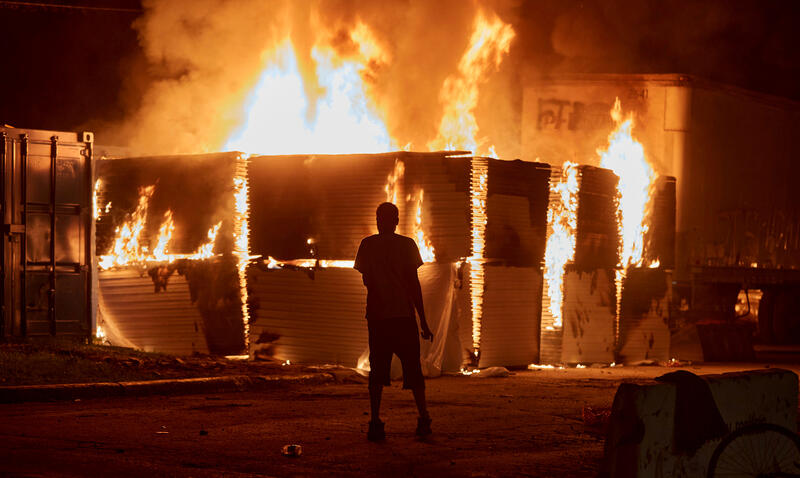 Violence broke out in Minnesota after an African American man died in police custody. Minorities are disproportionately represented in U.S. Covid-19 deaths, and job losses are hitting these groups hard. Unrest may make reopening tough, making the country’s wealth gaps even worse.

Protesters gather to watch an apartment building burning near the Minneapolis Police third precinct after a white police officer was caught on a bystander's video pressing his knee into the neck of African-American man George Floyd, who later died at a hospital, in Minneapolis, Minnesota, U.S., May 27, 2020.

Civil unrest broke out in Minneapolis after George Floyd, a 46-year-old African American man, accused of trying to use counterfeit money, died while in police custody on May 25. An onlooker’s cellphone video showed a police officer pressing his knee into Floyd's neck as he is heard saying, "Please, I can't breathe."

The disturbances in Minneapolis spread into the adjacent city of St. Paul, the state capital.

Four police officers involved in the arrest were dismissed on May 26.