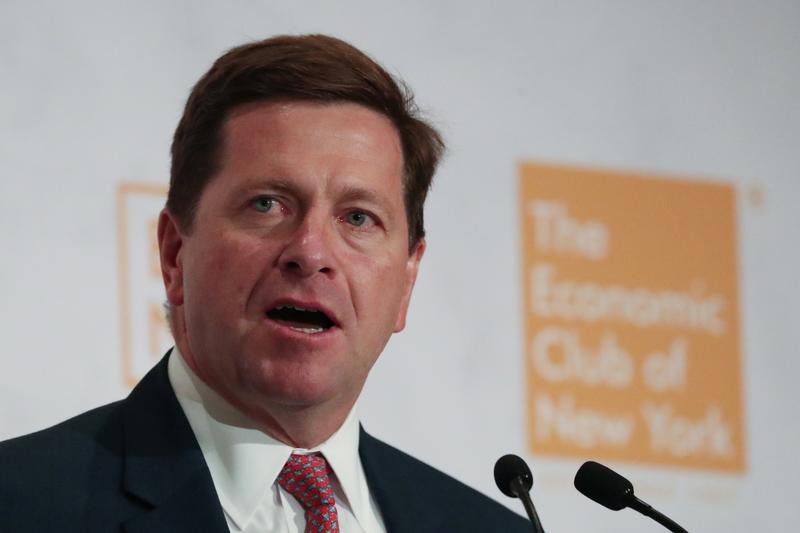 Apollo Global Management is spicing up its board of directors, sort of. The private equity firm founded by Leon Black has appointed former Securities and Exchange Commission Chairman Jay Clayton as lead independent director. The role is sometimes used by U.S. companies as a sort of governance half-way house. In this case, it lets Apollo delay a full separation from Black, which is what it needs most.

Black’s decision to step down as chief executive reached investors on the same day Apollo unveiled an investigation into his relationship with convicted sex offender Jeffrey Epstein. But he is keeping the title of chair and his successor as CEO is Apollo co-founder Marc Rowan, so it’s hardly a clean break. In the buyout firm’s statement on Thursday, it’s Black and not Rowan whose praise for Clayton appears first.

By putting its governance in the hands of a lead independent director, Apollo is in good company. Both Goldman Sachs and JPMorgan have similar positions, to counterbalance chief executives who are also chairmen. JPMorgan recently replaced Lee Raymond, after more than three decades on the bank’s board, with Stephen Burke, a director for almost two decades. In that sense, Clayton stands out as truly independent, and a fresh pair of eyes. His most recent experience is as a regulatory enforcer focused on governance.

The question is whether Clayton can stand his ground against two long-serving insiders, and in this case founders. His recent track record isn’t exactly one of creating friction. Clayton was one of the few Donald Trump appointees who didn’t quit before the former U.S. president’s term ended. While he took on Tesla CEO Elon Musk over tweets to take the electric-car maker private, he also rolled back rules, like disclosure requirements on legal proceedings, in a way that benefited his regulatory wards.

Clayton’s appointment gives Apollo a new voice in the boardroom, but it also makes it possible for the firm to defer Black’s exit. With Apollo’s stock underperforming peers including KKR and Blackstone over the past year, Apollo is only prolonging what could be its most important governance step yet.

The firm said on Jan. 25 that its co-founder, Chairman and Chief Executive Leon Black had informed the company that he would retire as CEO on or before July 31, 2021. Marc Rowan, one of the firm’s other co-founders, will take over the role. Black will remain at the company as chairman.

The firm said on Jan. 25 that its co-founder, Chairman and Chief Executive Leon Black had informed the company that he would retire as CEO on or before July 31, 2021. Marc Rowan, one of the firm’s other co-founders, will take over the role. Black will remain at the company as chairman.