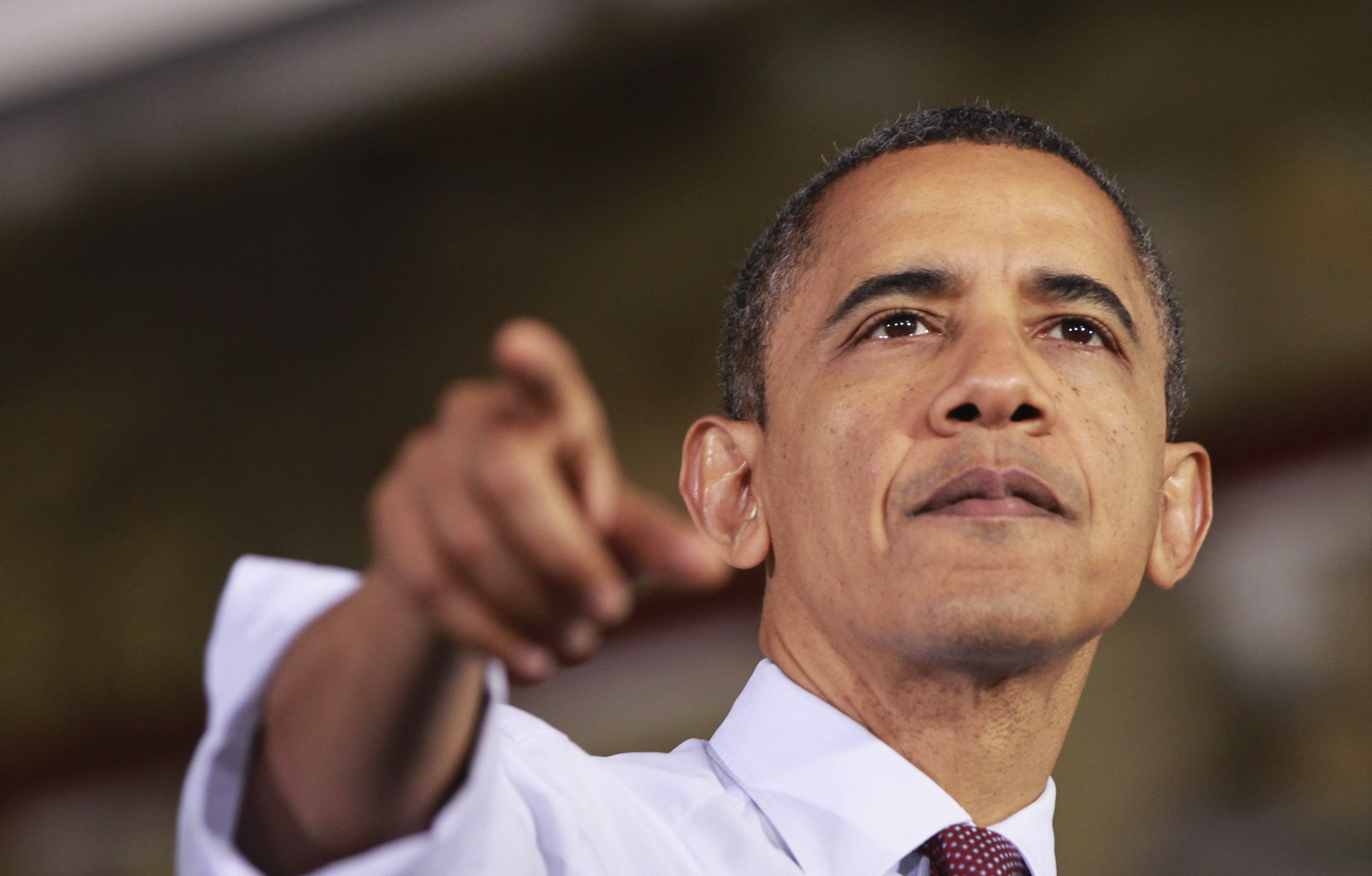 U.S. business leaders have rekindled their love affair with the president, backing his tax hikes on the wealthy to avoid fiscal tightening. That may pressure the White House to accept a compromise. Even if Obama burns them, no one else in Washington can help them.

U.S. President Obama gestures as he delivers remarks on the economy to employees at Daimler Detroit Diesel plant in Redford