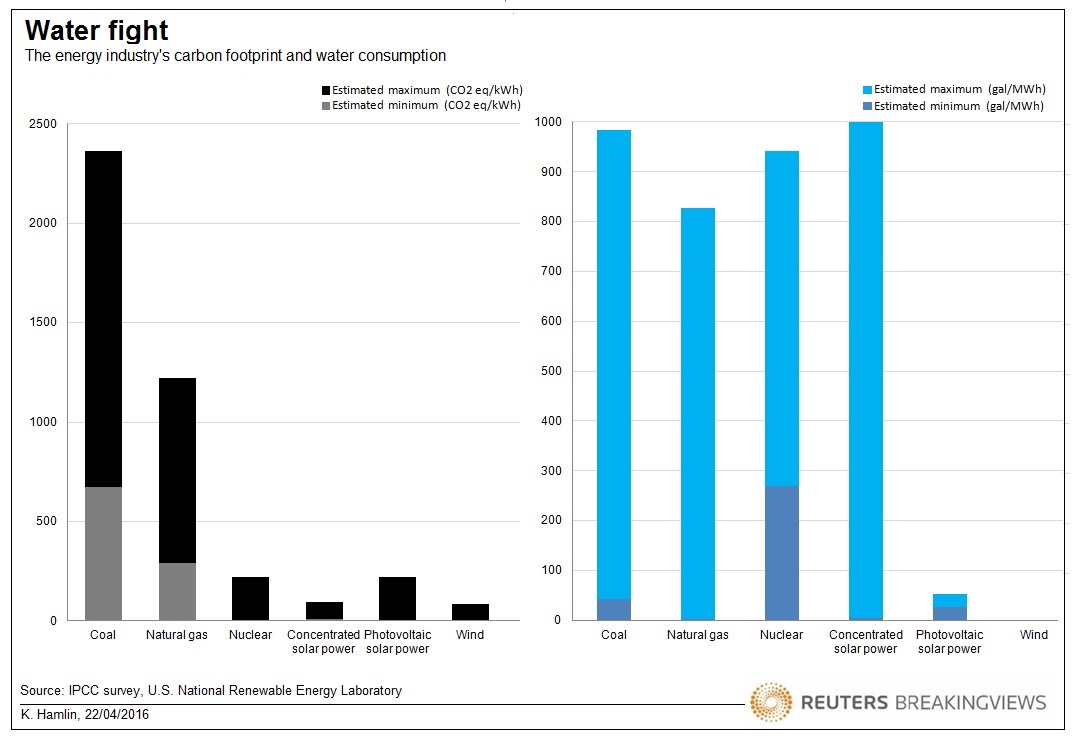 The Paris agreement global leaders are formally signing on Earth Day doesn’t mention water once. But the world’s dirtiest industries are also the thirstiest. Cutting CO2 emissions needs wiser H2O regulation and pricing. The energy sector will be especially vulnerable.

Leaders from more than 150 countries are to sign the climate change accord struck at the United Nations’ 21st Conference of Parties – or COP 21 – held in Paris last December.

Almost 15 percent of annual global freshwater withdrawals is used to help generate electricity, according to the International Renewable Energy Agency.

The electricity sector accounted for around a third of U.S. greenhouse gas emissions in 2014, according to the United States’ Environmental Protection Agency.

Around 300 representatives of international organizations, governments and water-related institutions have signed the “Paris Pact” on water and adaptation to climate change, released at the COP 21. The document calls for better management of water basins to cope with the impact of climate change.

This is “the first time in the COP history, the issues of freshwater are officially taken into account”, according to the pacts’ creators.