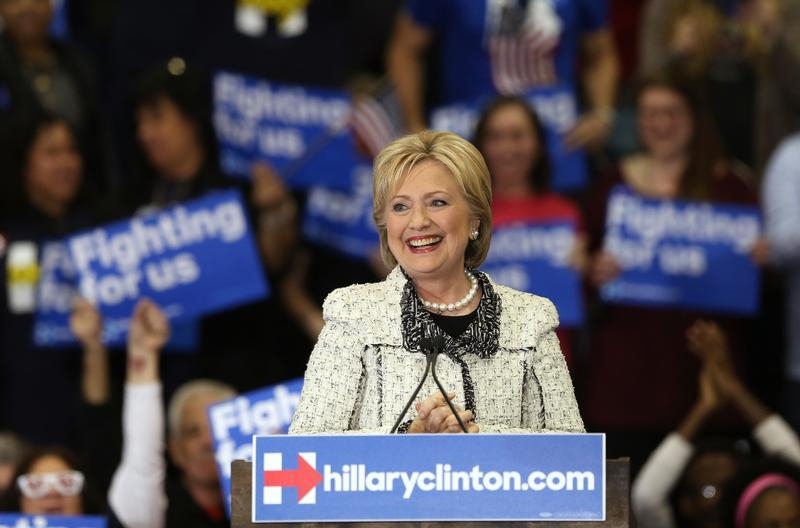 The Democratic presidential nominee assailed her rival’s proposals, saying they only would help the rich. That’s true, but Trump also has accurately zeroed in on the muted level of business investment that has been slowing growth. Clinton’s plan mostly overlooks the problem.

Democratic presidential nominee Hillary Clinton attacked the economic plan of her rival, Republican Donald Trump, during a speech in Michigan on Aug. 11. She focused her criticism on Trump's tax cuts, which she said would benefit his businesses and other wealthy people like him.

On Aug. 8, also in Michigan, Trump proposed his plan to spur growth, calling for a halt on all new federal regulations and tax cuts for individuals and businesses. He wants to cut the tax rate to 15 percent for both corporate income and business income that is claimed on personal income taxes for sole proprietorships and other types of entities.

Clinton called that the "Trump loophole" and said his plans would "only benefit millionaires like himself." She also said it was impossible to estimate how his proposals would affect Trump because he has refused to publicly release his tax returns.

In the days leading up to her Michigan speech, Clinton touted her economic plan during stops in Florida and Iowa. She has proposed a $275 billion, five-year plan to rebuild infrastructure and proposed a 30 percent minimum tax on individuals with adjusted gross income of over $1 million.