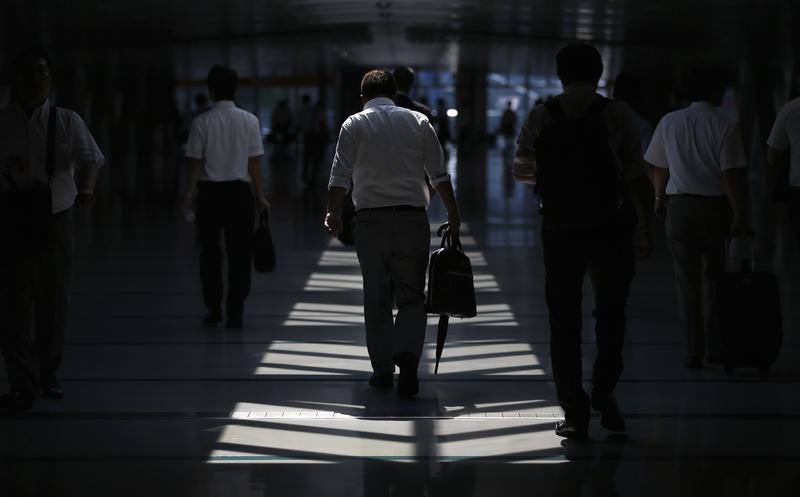 A 0.6 pct contraction ended a two-year growth streak. This is not in itself too worrying: quarterly data is volatile and economists had expected bad weather to dampen activity. But trade tensions, surging oil and domestic political strife present mounting challenges.

Businessmen walk in a convention centre in Tokyo July 18, 2013. Japanese manufacturers' mood slid in July for the first time in eight months after June had the best reading in more than two years, a Reuters poll showed, as China's slowdown clouded the outlook for the export-reliant economy. REUTERS/Toru Hanai (JAPAN - Tags: BUSINESS INDUSTRIAL) - GM1E97I160P01

Japan’s economy contracted by an annualised 0.6 percent in the three months to March, breaking a two-year run of expansion, according to government figures released on May 16. Economists polled by Reuters had on average forecast a 0.2 percent contraction.

The statistics are preliminary, seasonally adjusted, and on a real, or inflation-adjusted, basis. As of end-2017, Japan’s economy had grown for eight consecutive quarters, the longest such stretch since the late 1980s.

Economy Minister Toshimitsu Motegi said there was no change to the government’s view that the economy was recovering modestly, Reuters reported, citing a statement.