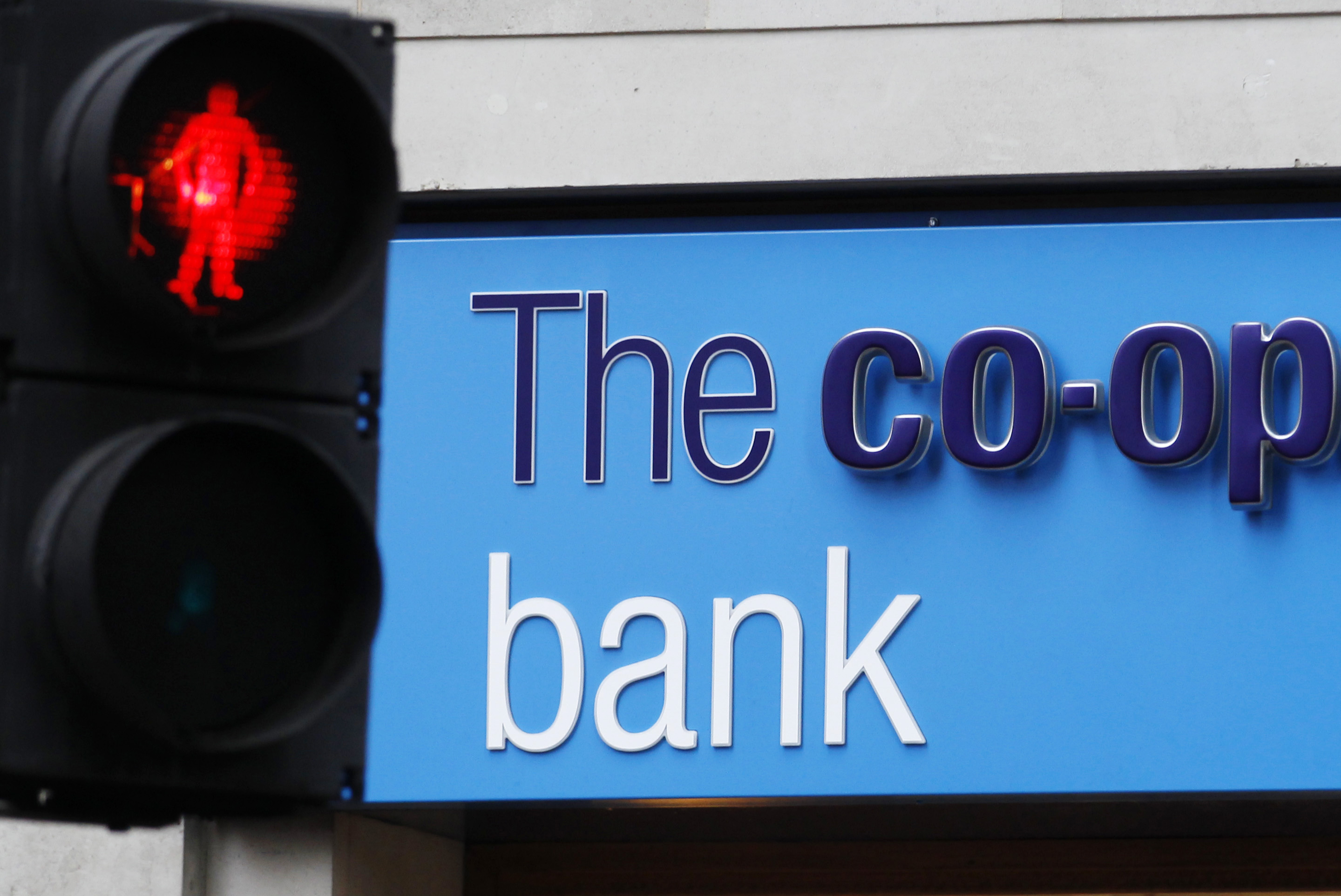 The hedge funds who own the ethical UK lender’s debt and shares are in a good position to drive a tough bargain. If they could agree to buy the bank for a little less than the 750 mln pounds Co-op says it needs, their investment could pay off. But the numbers are finely balanced.

A red crossing light is pictured next to a branch of the Co-operative Bank in London October 21, 2013. Britain's mutually-owned Co-operative Group will hand control of its banking arm to bondholders in order to secure their support for a rescue of the bank, three sources with knowledge of the plan told Reuters on Monday. REUTERS/Luke MacGregor (BRITAIN - Tags: BUSINESS LOGO) - RTX14II9

British ethical lender Co-operative Bank is in talks with existing investors over a rescue plan, it said on June 19.

The bank is discussing an injection of new capital, and a “liability management exercise” – likely to mean swapping some of its debts for equity.

Co-op Bank put itself up for sale in February. The lender says it needs between 700 million and 750 million pounds of new money in order to meet regulatory capital requirements.

Should the bank be unable to raise money or sell itself, it could be placed into a special resolution procedure by the Bank of England, it warned in March.