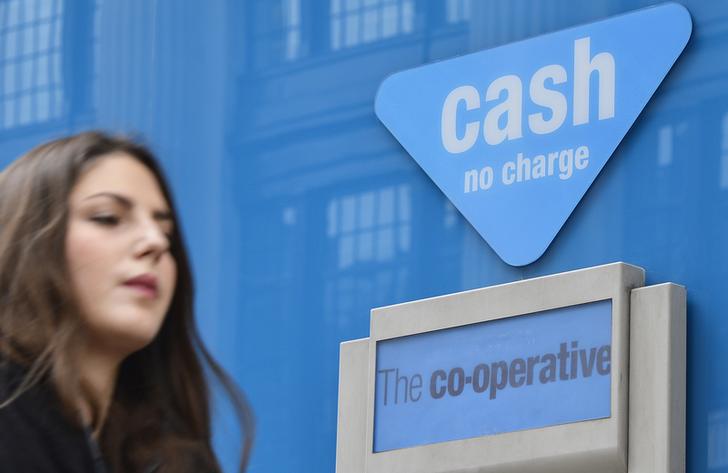 A 709 million stg pre-tax loss in the first half shows why regulators have told the UK bank to find 1.5 billion stg in new capital. But for Co-op’s new bosses, the bad news is also good news. It makes it easier to persuade angry creditors that burden-sharing is fair and inevitable.

A woman walks past a branch of the Co-operative Bank in central London May 10, 2013.